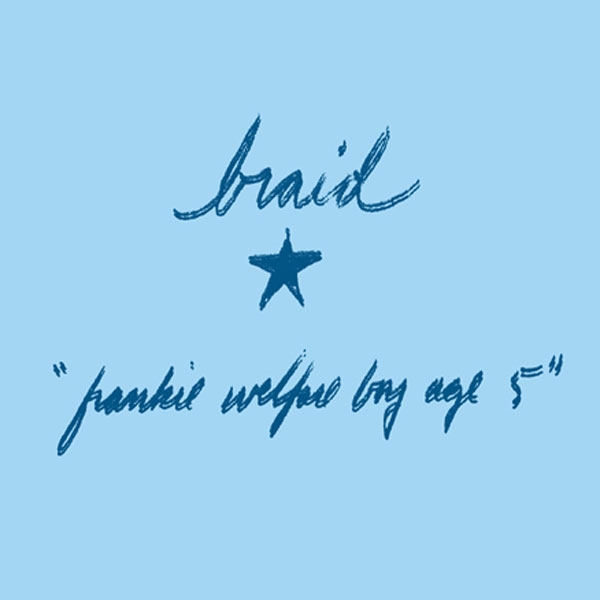 After releasing the Rainsnowmatch 7" in 1994, Braid's debut full-length, Frankie Welfare Boy Age Five, came out in June 1995 on Divot Records. With 26 blistering tracks in just under 60 minutes, the members of Braid -- Bob Nanna, Todd Bell, Chris Broach and Roy Ewing -- simultaneously encapsulated and redefined the Midwest scene from which they came.

Frankie Welfare Boy Age Five is a meticulously crafted record that never once feels anything other than raw and organic. Starting with the song titles (each begins with a different letter of the alphabet), it soon becomes clear that no aspect of the album is superfluous.

Even the between-track interim is filled with precision. Nanna and Bell spent six hours adding static and snippets of music from their old bands and friends' bands (including Cap'n Jazz, Friction, The Sky Corvair and Mary Me) to give listeners the feeling of tuning a radio dial while listening to the record.

This attention to detail is especially evident in the music. Never uniform and always challenging, the songs on FWBA5 continually change tone, volume, and structure within time spans that sometimes swell to more than three minutes, but are most often contained to one or two. Featuring a more aggressive, hardcore-influenced sound than later Braid releases, these tracks manage to be both abrasive and melodic, brief yet lasting.

With Frankie Welfare Boy Age Five, Braid introduced itself to a national audience -- one which it would continue to build over years of extensive touring and the release of two more full-lengths, nine 7"s and numerous compilation appearances.