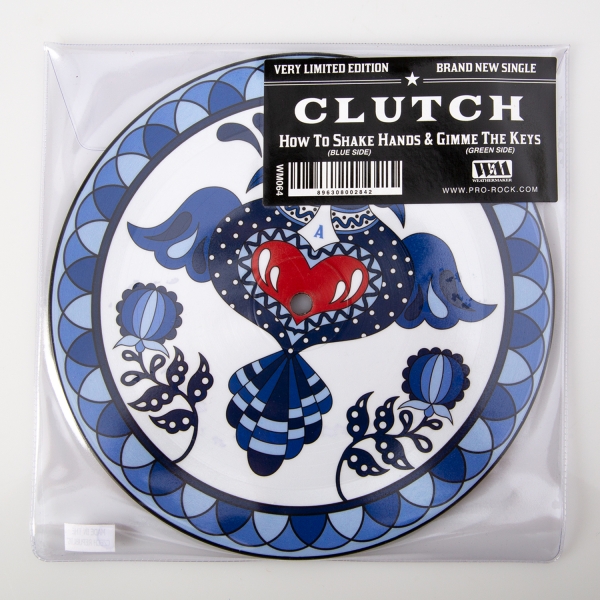 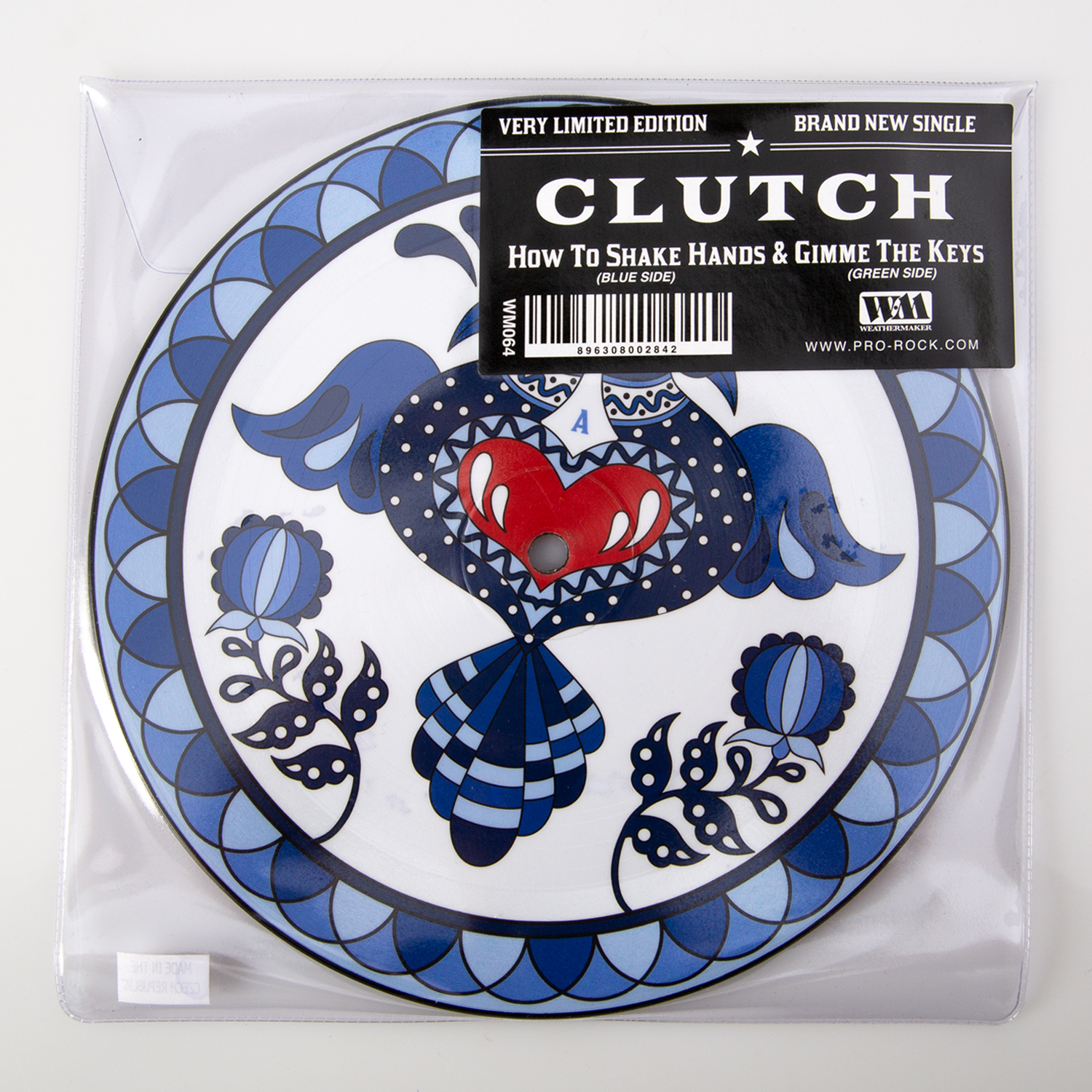 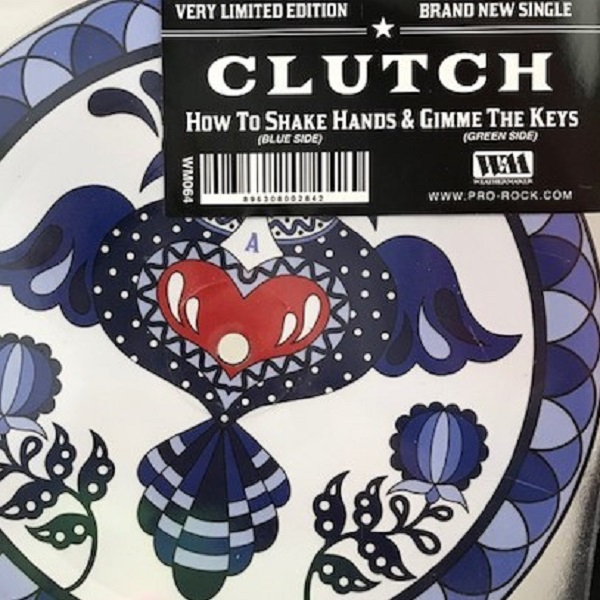 This very limited 7” Picture Disc comes in a transparent PVC pocket. “How To Shake Hands” is on the blue side and “Gimme The Keys” on the reverse, green side.

Clutch’s song “How to Shake Hands” traces its lineage back to Ry Cooder and John Lee Hooker via the song “John Lee Hooker for President”.  In that song Ry Cooder impersonates JLH giving a stump speech on what will happen when he becomes President.  Clutch’s original idea of covering the Ry Cooder song was soon abandoned as Neil Fallon said he couldn’t do the song justice.  Instead, Neil put his own lyrics in the style of Ry Cooder/JLH to a new Clutch song which ended up becoming the fast-paced “How to Shake Hands”.

"Gimme The Keys" on the other hand is a song about the band's first tour back in 1991, a time where they began to cut their teeth in the live music business, dealt with show cancellations and incidents on the road. One particular show in a shed surrounded by cornfields in Lawrence, Kansas ultimately turned ugly over a missing microphone and accusations brought by drunk and gun-toting security people at the end of a long day. "Gimme the keys they can keep the guarantee | Gimme the keys and get the hell out of dodge" is a reflection of the mood of that night. 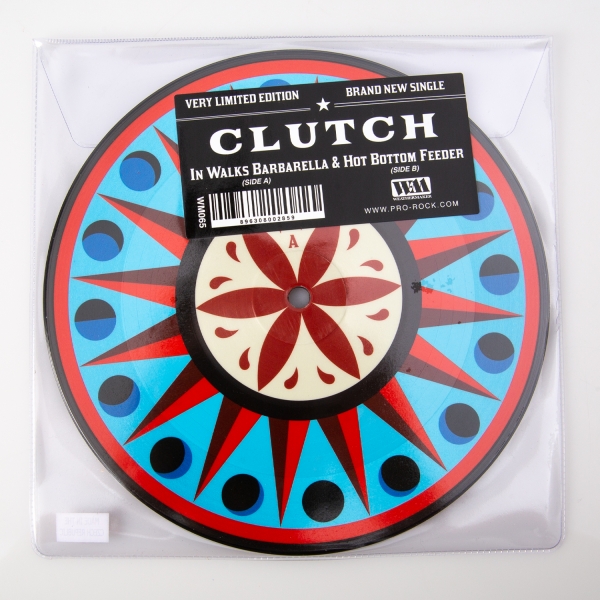 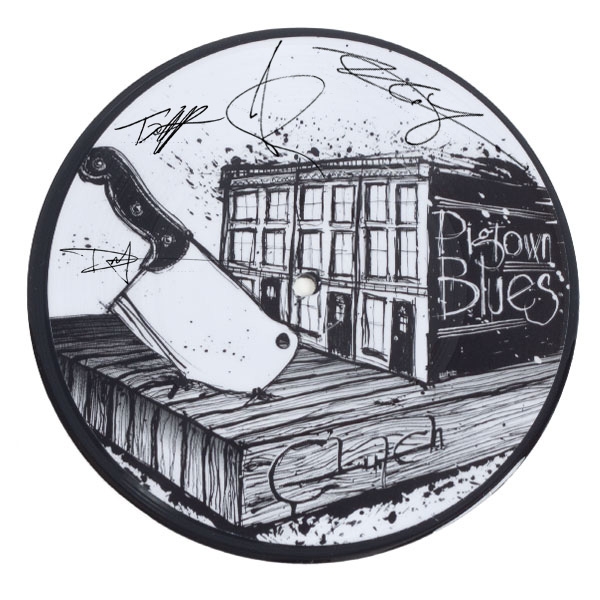 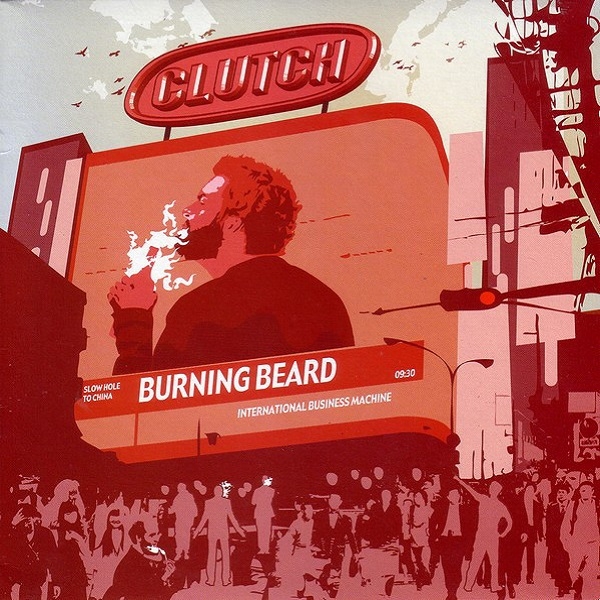 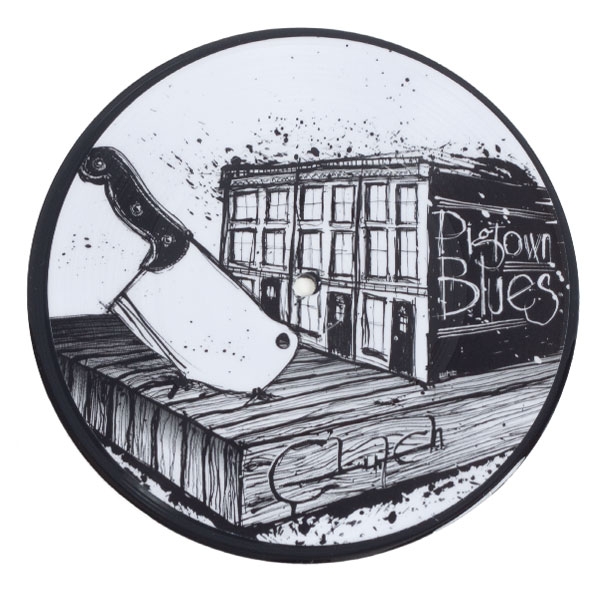