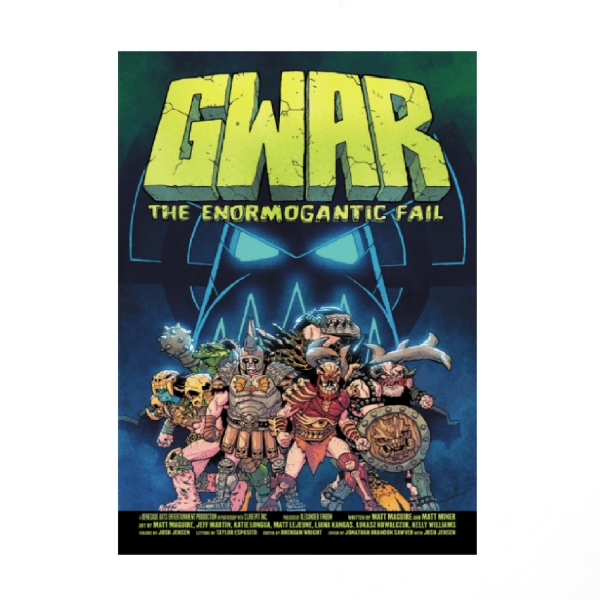 The Master is at it again in a fierce battle against Cardinal Syn, but something goes horribly wrong and GWAR’s on trial for drunken foolishness and rampant mindless destruction. Through the eyes of each member of GWAR, the Master and the Destructo brothers will piece together the mystery of the destruction of Flab Quarv 7.Will Cardinal Syn get his cold robotic hands on a jizmoglobin supply so vast it will power him for eternity and fuel his holy crusade across the universe? Or did GWAR screw up and accidentally destroy it all?All is revealed inside this mighty tome of new GWAR lore.All will be revealed in GWAR: The Enormogantic Fail, a new graphic novel from legendary rock band GWAR and Renegade Arts Entertainment. Written by Matt Maguire and Matt Miner, with art by some of the greatest comic creators this side of Flab Quarv 7, hand-picked by GWAR themselves