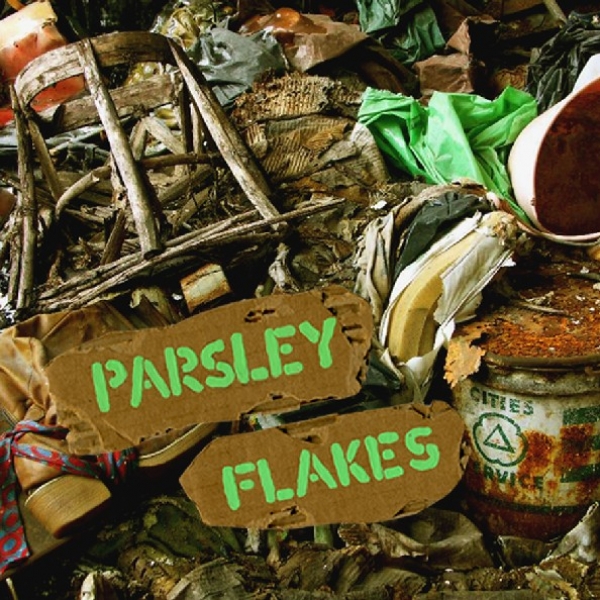 With its member's cultural roots anchored in the rustbelt traditions of cold gray skies, unemployment, and a collective sense of loss, PARSLEY FLAKES' dance-able sound may come off as a stark contrast to their surroundings. Peel back their songs, however, and they reveal heartfelt lyrics reflective of their deadened cultural environment. PARSLEY FLAKES is a three-piece synth punk band based in Chicago, whose music has been likened to bands such as DEVO, CRASS, and the B-52s. Formed in 2005, PARSLEY FLAKES has spent time doing things as DIY as you can get: touring basements across the US in small automobiles, changing thrift-store shirts into merchandise, and self-recording any and every song they've ever played. Fun yet subversive, this band is like going to a party with the pissed off kids next door.