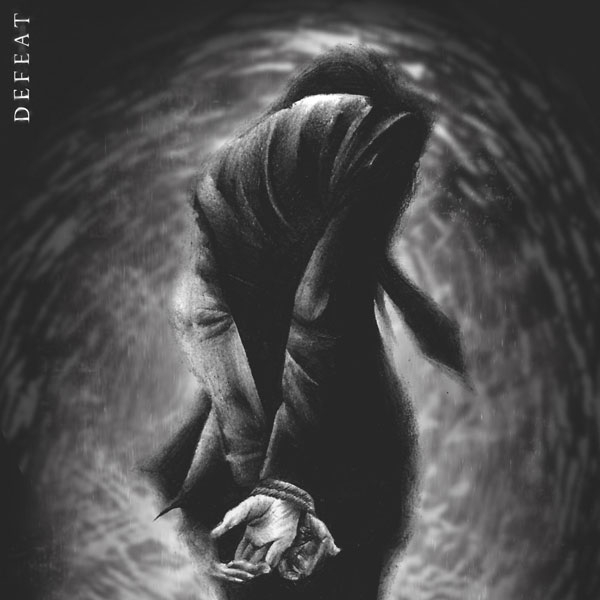 1. We Fell From The Bottom
2. The Demon Who Makes Trophies Of Men
3. Fists Of God
4. A Failure
5. Hero Complex
6. Torch Light Search For The Dead
7. A Collapse
8. You Are Alive When They Start To Eat You
9. Temptation's Wings

Armed for Apocalypse is a metal band; a band featuring the talents of former members of Will Haven, The Abominable Iron Sloth, and Ghostride. Once upon time, that would tell you basically everything you needed to know about them: that their guitars sound like industrial-grade saw blades tearing through the wall of an ancient tomb, that they had a "vocalist" as opposed to a singer, and that they were heavy like, well, metal. But these days "metal" is a convoluted term. To some, metal is a matter of how fast you can play. If you can play X scale at Y speed, then by golly, you're a metal band. Well, Armed For Apocalypse, as documented readily on their debut full-length, Defeat, is not out to set any new speed record for sweep arpeggios or double-bass and blast beats. In fact, they can be found trolling the sea of heaviness at one of two speeds, slow, and slower. Not that they don't have their up-tempo moments; when the need arises, Armed For Apocalypse - consisting of guitarist and frontman Kirk Williams, guitarist Cayle Hunter, bassist Corey Vaspra, and drummer Nick Harris - can shred with the best of them. But if you're looking for guitar aerobics or drum clinics, try the DVD section at Guitar Center, because Armed for Apocalypse has nothing for you. Likewise, if you're looking for dude dressed up like Viking warriors, with long, flowing locks and leather pants, then Armed for Apocalypse REALLY has nothing for you. However, if you're looking for a band of unassuming dudes who seek only to pen enough brutal riffs, slow-burning breakdowns and doom-inspired sludgy-ness to re-insert the "heavy" in front of metal, or if you're the kind of person who likes your guitars tuned to Z-flat and your drums to sound like cannons raining fire and death upon a seaside village, then Armed For Apocalypse is your new favorite band. Says guitarist Cayle Hunter, "We don't want to be faster or tougher than anybody else. We just want to make heavy music that is undeniable when you hear it."