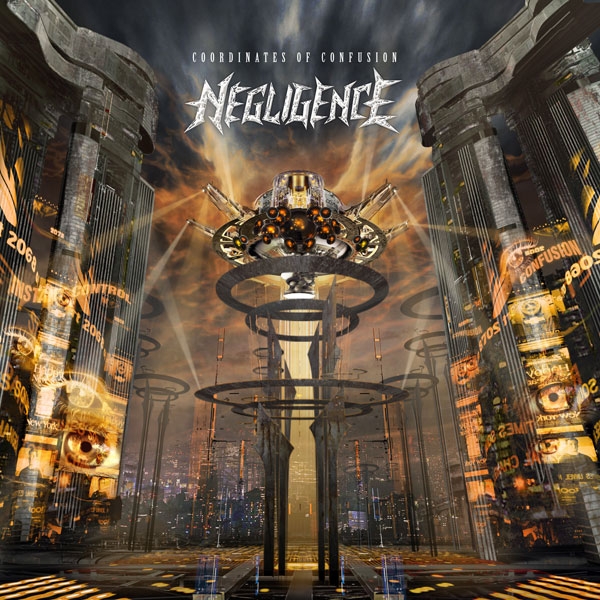 NEGLIGENCE was formed in 2000 by Dyz and Jey, two excellent Slovenian guitarists who shared the same passion for music and decided to start working together. They soon found a proper and stable line-up and played lots of shows in their homeland Slovenia including a gig at the infamous Metal Camp festival. Between 2003 and 2005 they also released three untitled demos.

2005 marks a turning point in the history of NEGLIGENCE when they parted ways with their old singer and presented the 15-year old Alex as their new frontman. The band gathered a bigger fan base and in 2007 NEGLIGENCE independently released their debut album Options Of A Trapped Mind. The album opened many new doors for the group and got a good reception amongst metal fans and received great reviews worldwide. Following the release, the band went on to promote their album supporting some of the biggest acts in metal, such as Exodus, Forbidden, Heathen, Sadus and Death Angel among others.

Coordinates Of Confusion is the band's second album, produced by Jey (guitar) and Ruzz (drums) in their own studio. This record is a step forward for the band both lyrically and musically. The album has all the ingredients which all the fans love about NEGLIGENCE: fast, agressive, melodic, with a mixture of various metal genres such as thrash, death and heavy metal.