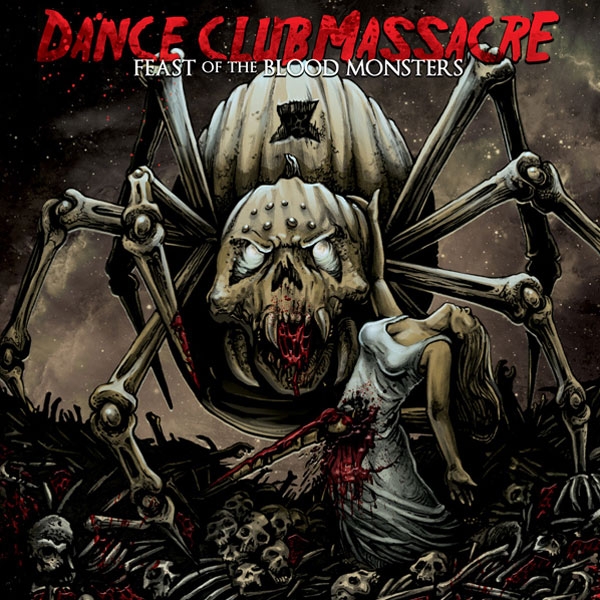 1. ¡Dios Mio! El Diablo Es Muy Picante
2. Meet Me In The Pub For A Shot Of Dignity
3. Devon Butler's Dying Wishes
4. You Know...You Kinda Look Cute In The Dark
5. Wet Between The Thighs
6. Murders Come With Smiles
7. The Duchess And The Cougar
8. Showdown In San Antonio
9. You Bring The Bitches I'll Bring The Dynamite
10. You're What The French Call "Les Incompetents"

Dance Club Massacre started simply as a recording project between long-time friends Nick Seger and Kurt Latos. The first three songs, which were dubbed 'Halloween-core', were recorded with Nick on guitar, vocals and synthesized drums and Kurt on keyboards and bass. This description perfectly defined Dance Club Massacre's unique sound and would become the basis for their future writing. After receiving positive feedback on their recodings, Nick and Kurt decided it was time to turn their project into a full-time band. Nick and Kurt rounded out the Dance Club Massacre line-up with Jon Caruso on drums, Chris Mrozek on bass and Mitch Hein on guitar.

In early 2005, Dance Club Massacre recorded a 7-track demo at Blam Recording in Chicago with noted engineer Eric Butkus (Tower of Rome, Pedro the Lion). After playing a handful of well received shows and selling through the limited number of pressed demos, Dance Club Massacre made one more line-up change, recruiting Matt Hynek to take the place of founding member Kurt Latos.

April 2006 brought Dance Club Massacre back into the studio with Eric Butkus, now at Evil Plan to Record the World Studios in Chicago, to record 'Feasts of the Blood Monsters'. Dance Club Massacre's second self-released album quickly broke into the 50 Top Selling Items on Interpunk.com and sold through all 1100 copies.

After grabbing the attention of Blackmarket Activities, the label offered to re-issue Dance Club Massacre's 'Feasts of the Blood Monsters'. The, now out of print release, was remixed and remastered for release on Blackmarket Activities. In addition, the re-issue featured new album artwork and packaging courtesy of Discordant Art.