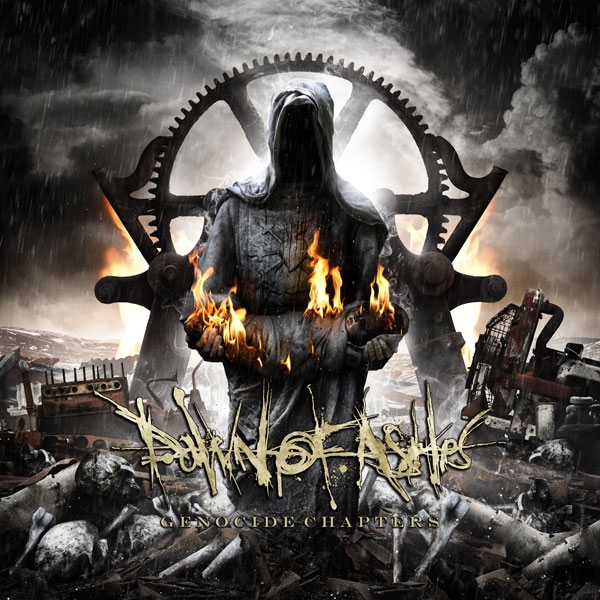 1. Conjuration of the Maskim's Black Blood
2. Nyarlathotep's Children of the Void
3. Seething the Flesh in the River of Phlegethon
4. Transformation within Fictional Mutation
5. The Ancient Draining Room
6. Reanimation of the Dark Ages
7. London's Anthem for the Pleasure of Mutilation
8. Sacrilegious Reflection
9. God-Like-Demon
10. Carnal Consummation in the Empty Space
11. Epilogue-Beginning of the End

In the darkest form of incubated evil, a symbol has been born to strike immense fear into the hearts of mortal weakness. Kristof Bathory, Volkar Kael, Bahemoth and Othuum, four vile forms that control a new era where nightmares become reality and where the sounds of the macabre shall emerge from a catastrophic symphony, have resurrected the sounds and visions of horror, hatred, and suffering that is spewed forth in the form of extreme horror metal that is DAWN OF ASHES; a name that was created to reflect upon the birth of death and failure. Now the plague has come to corrupt the flesh of man.

Since DAWN OF ASHES (DoA) formed in 2001, the band has made transitions in line-ups and sound to create their ideal artistic outlet. DoA did so by adding additional members and placing the element of live guitars and drums into the music, taking the group from the Industrial scene into the Extreme Metal scene. With DoA’s new, solid line-up, the next installment from the group will summon new sights and sounds among the world with a blackened melodic-death metal sound.

Enter December of 2009; DoA inked a worldwide deal with Metal Blade Records to release the group’s third full-length studio album, Genocide Chapters. The horrific act entered the studio in the winter of 2010 to record their Metal Blade debut with producer Fred Archambault, known for his work with Avenged Sevenfold, Death By Stereo, Eighteen Visions, and many more. Handling the cover art for Genocide Chapters is Machine-Room (My Dying Bride).

This cryptic act, based on horror inspired extreme metal, is comprised of four musicians whose passion for intense and macabre imagery, music, and live performances will soon be seen by the metal masses when Genocide Chapters is unleashed September 14, 2010. It is now time for DAWN OF ASHES to increase the brutality so prepare yourself for further devastation as the ashes will never rest upon the weak; the evil within this group will never die!