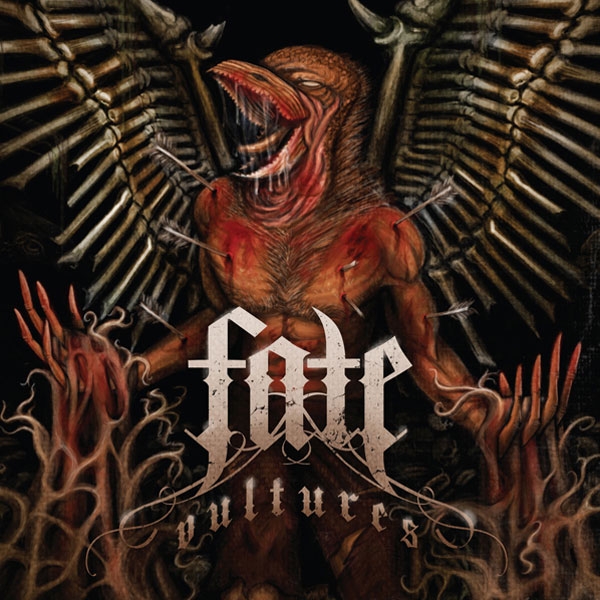 1. Apostasn
2. Psychopathic Diary
3. Your Creed Is Greed
4. Battle Grounds Beneath My Feet
5. Harrowing Infidelity
6. Vultures
7. Of Riddance And Innocence
8. Call Me The Apocalypse
9. Decapitate Delilah
10. Ruins Of Necropolis

Hailing from Carmichael, California this five-piece band does not compromise the veracity of their music for anyone. Deeply influenced by all things extreme and thrashy, FATE has directed their intense admiration of metal into the focus needed to create music for a new generation of Metalheads! Speed, ferocity, and the ability to write viciously energetic songs will surely set FATE apart from other acts as they prepare to take the metal world by storm with their Metal Blade Records debut 'Vultures'.