"The Toxic Touch is the product of two years of extensive and intense touring all over the world. The new line-up has proved to be superior to all the previous ones. You could see it as a learning process. While everybody knows us as a band with a fine mix between the brutal and the melodic parts, people appreciate us mostly for our groove and melody, especially live. The new album reflects that more than ever before.

The number of blast-beats on this album has been decreased to a minimum. Why? Simply because in a live situation it's probably the most boring part. In the new situation the blast-beat adds something special, the explosion, whereas in the past it was just a common part of our style and therefore 'nothing special'.

The fact that our two 'new' guys had a lot of time to adapt their style of playing to the band resulted in an album which shows a lot of devotion and intense playing like we were waiting for the fury to be unleashed! And it was...

We decided to choose a relatively unknown studio and producer this time. Jorg Uken's Soundlodge Studio was the chosen one. We heard some of the demos and CD's he produced and in how much time that was done. We felt he would be able to do a killer job when given a proper amount of time. He did the best mixing job we could have wished for. Never before did a God Dethroned album sound this good.

Isaac managed to improve his leads a lot compared to our previous album, we gave Henk his distortion back on the bass, Henri came up with his catchiest lyrics ever, but Arion totally went over the top on his drum kit. When you play with a drummer on his level, the world needs to hear it. Whoever didn't recognise his skills before cannot escape it this time.

The Toxic Touch has become an album with new and broader influences, techniques and songwriting, but sounds exactly the way God Dethroned should sound anno 2006. This time with our best and heaviest production to date." - Henri Sattler 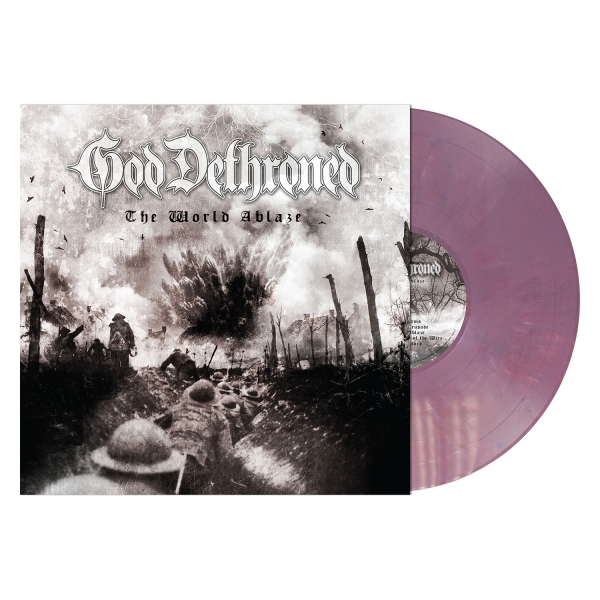