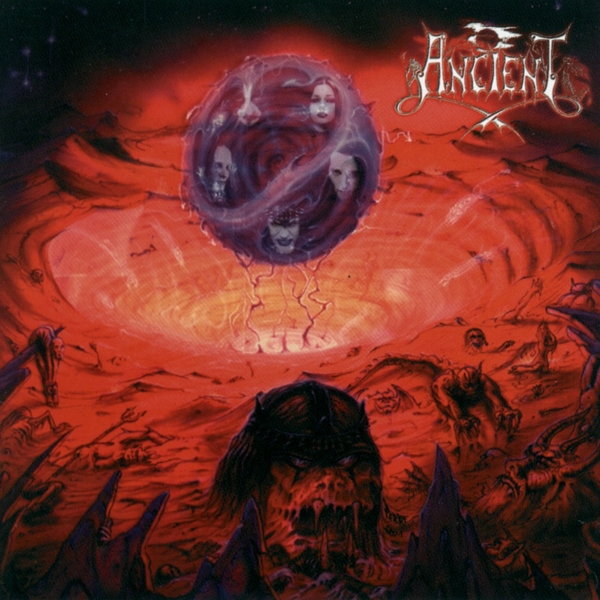 1. A Lurking Threat
2. Proxima Centauri
3. The Ancient Horadrim
4. In The Abyss Of The Cursed Souls
5. The Witch
6. Apophis
7. Satan's Children
8. Beyond The Realms Of Insanity
9. Audrina, My Sweet...
10. On Blackest Wings
11. Eyes Of The Dead
12. Incarnating The Malignant Deity


Black metal band Ancient began in 1992 as the solo project of guitarist/composer Aphazel, soon expanding to a duo with the addition of vocalist/drummer Grimm; after selling out the entire pressing of their initial demo Eerily Howling Winds, in 1994 the two issued their full-length debut Svartalvheim, followed a year later by the EP Trolltaar. After Grimm's exit, Aphazel relocated from his native Norway to the U.S., forming a new Ancient line-up.

Recorded at Andy La Rocque's studio Los Angered Recording and mastered at Sterling Sound, the band had created not just a masterpiece, but also an album with a production far better than the previous releases."Proxima Centauri", an album showing a great leap forward for the band in all ways possible, showed a style more aggressive, heavier, more technical and complete than the Ancient from the past.