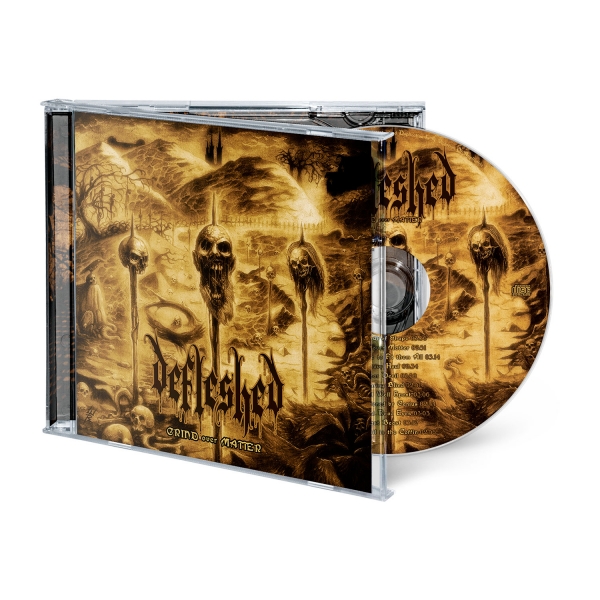 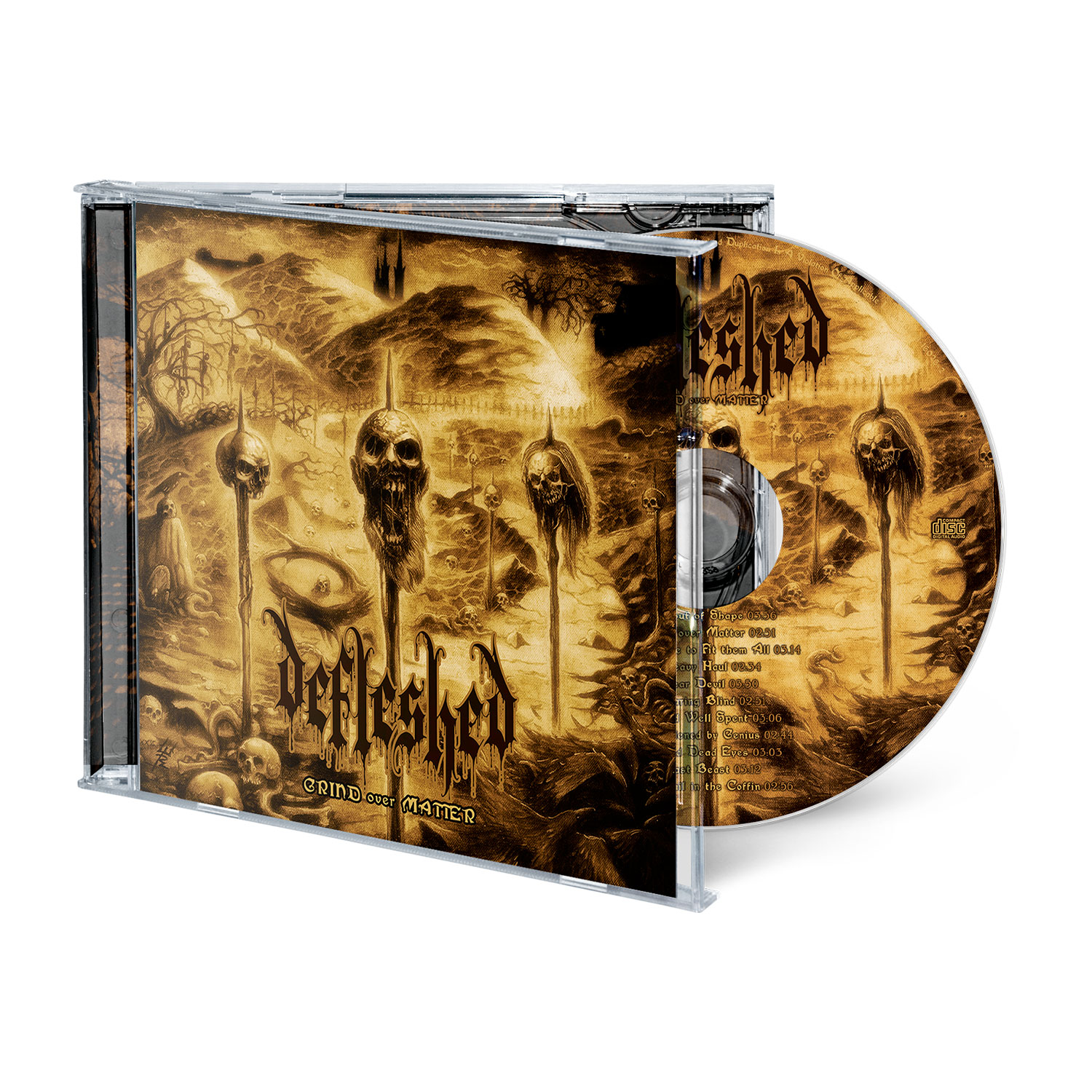 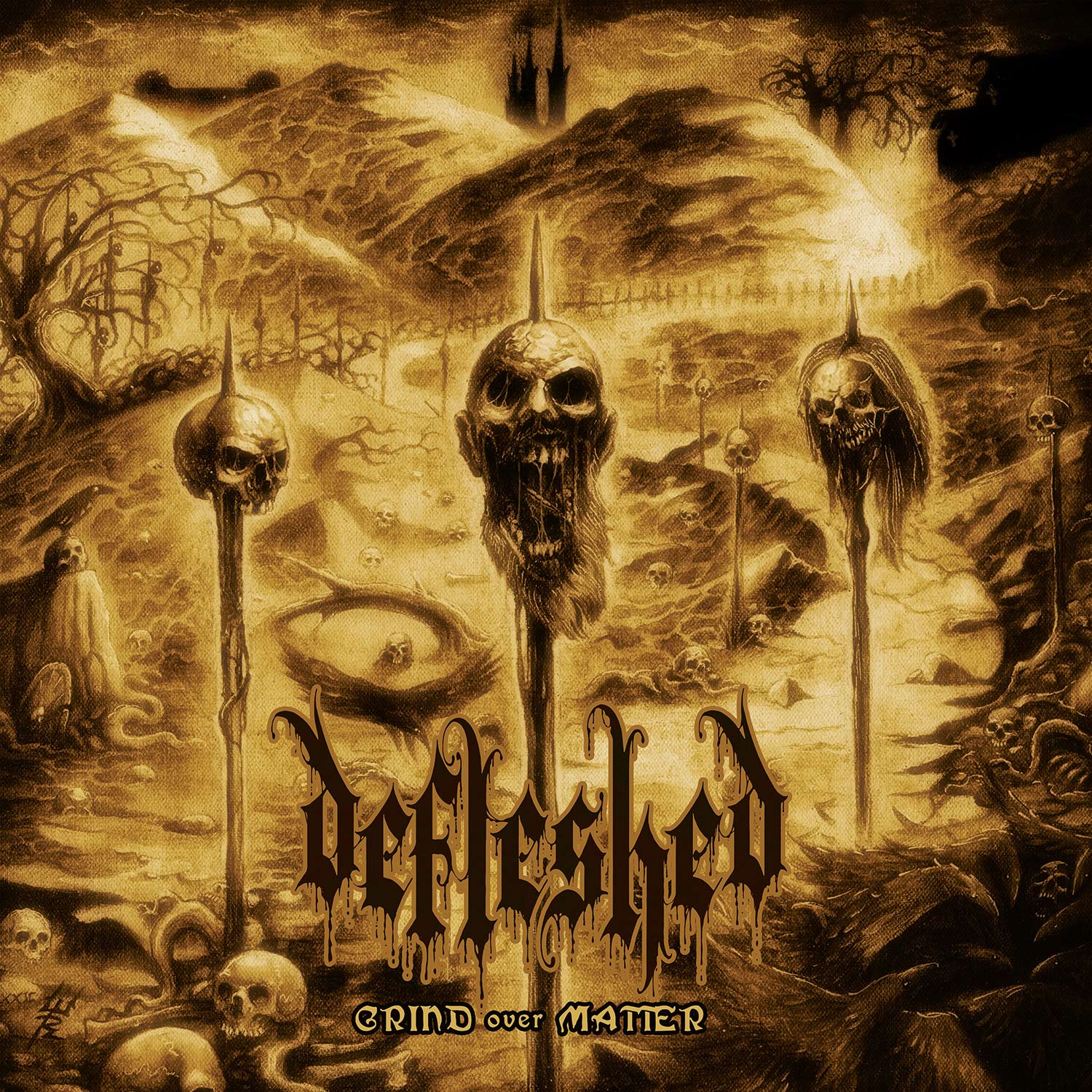 From the mid-90's to 2005, Sweden's Defleshed churned out a white hot blend of thrash, death metal, and grindcore, marking themselves as one of the most vital bands in all three of those genres. Having run out of inspiration and wanting to try other things they called it a day the same year they released their fifth album "Reclaim The Beat", and ever since fans have hollered for their reunion. In 2021 they got what they were asking for when the band's core lineup - guitarist Lars Löfven, drummer Matte Modin and bassist/vocalist Gustaf Jorde - got back together. "We just wanted to record a couple of songs to include in a vinyl box set," explains Jorde. "The songs turned out good and the process was satisfying so we decided to have a go on a full-length." The result is the corrosive "Grind Over Matter", 11 blistering songs packed into 34 minutes, not only proving that the band still have what it takes but that they are playing at the absolute top of their game. 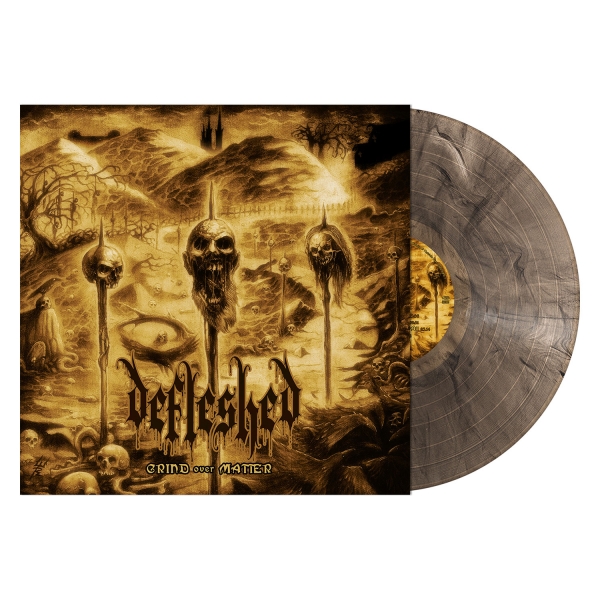