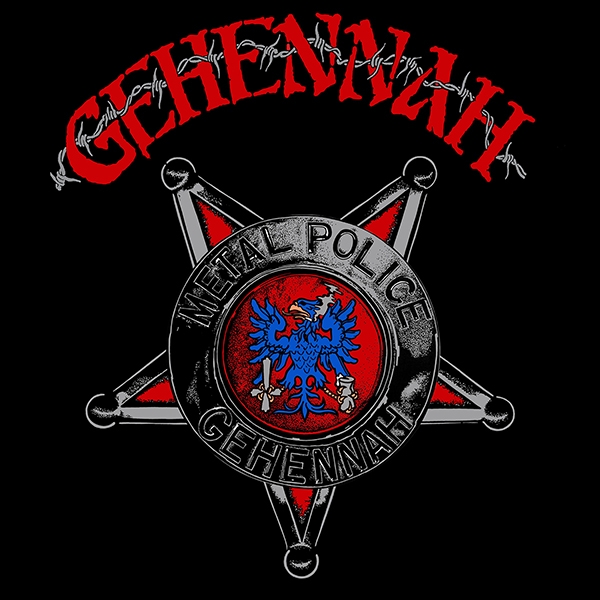 Started in 1992, GEHENNAH, hailing from Forshaga and Karlstad, Sweden, first stunk up the scene with their debut album "Hardrocker" released in 1995. In a time when atmospheric black metal and melodic death metal ruled the metal underground, Gehennah's filthy street thrash stuck out like a sore thumb. The band gained a loyal following among elite metal fans and in the years to come the albums "King of the Sidewalk" and "Decibel Rebel" were released along with touring with among other bands Impaled Nazarene and Disfear. The first years of the new millennium were mostly spent on playing chaotic gigs and committing random acts of stupidity, and also releasing the anniversary EP "10 Years of Fucked Up Behavior" in 2003 (11 years after the band was formed).

"We are very happy to re-release "Metal Police" in a new heavily beefed up version as a full-length on Metal Blade Records. We feel that this will give even more metalheads a chance to get a taste of the new Gehennah while waiting for our up-coming new full-length album. We took the chance to add two songs from the "Metal Police"-session and six recently re-recorded old ones that has stayed with us in our live-set, making it a total of 12 jawbreaking songs of criminal black thrash 'n' roll mayhem."

RT @intronaut: Have you preordered “Fluid Existential Inversions” yet? You can also go and pre-save the album on all streaming services whi…