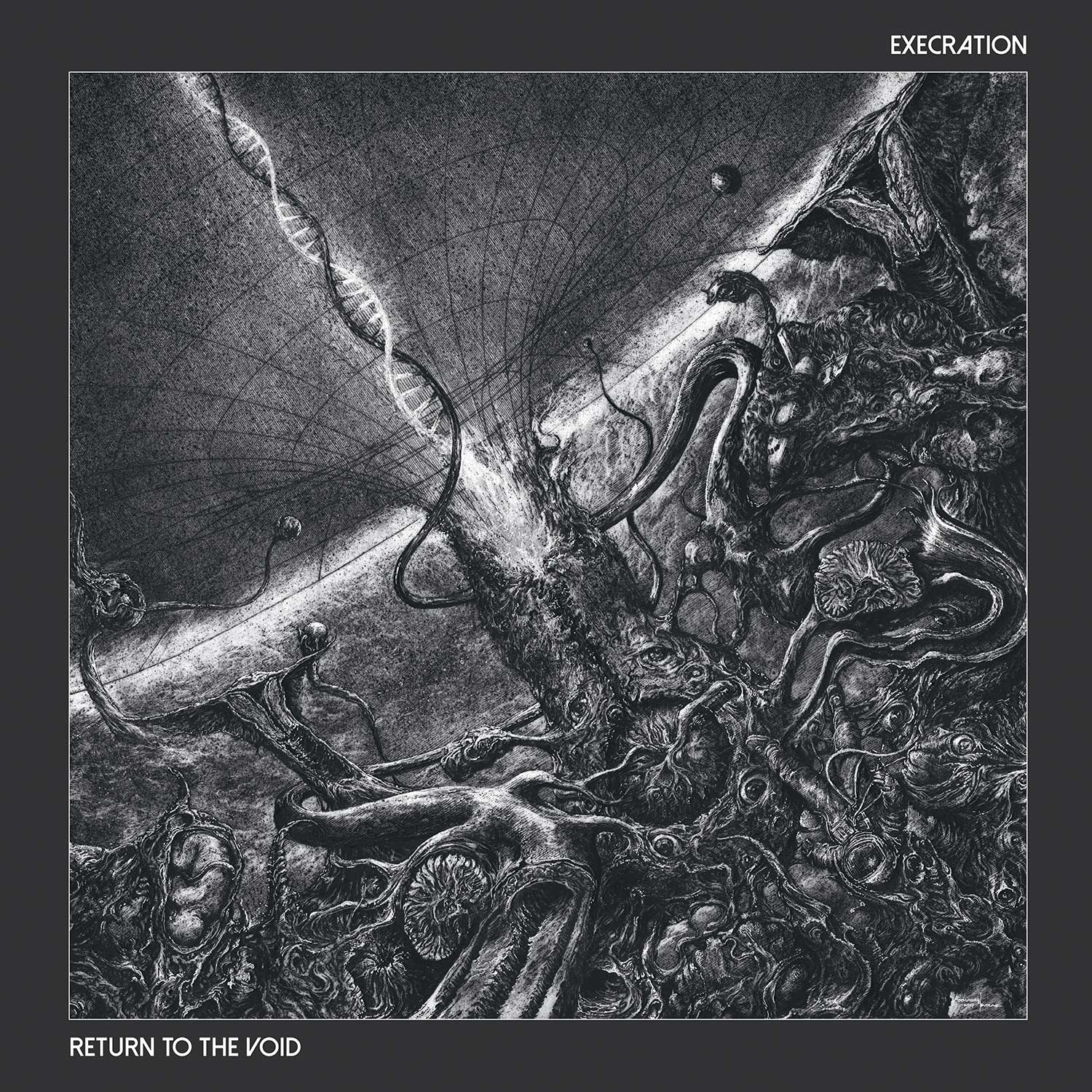 Unlike the previous two albums, Execration's new album, "Return to the Void", doesn't mark a dramatic stylistic shift. The band comments: "It is our most compact album to-date, shorter and with tighter compositions. It's catchy, complex, prog-infused and intense all at the same time. Coming off of two double 12" vinyl albums, the first clear goal for writing 'Return to the Void' was to deliver the same kind of dynamic and shifting song-writing in a more condensed to-the-point package. Stripping songs down to their essential core has been a driving force while writing, and it shows - there is not a wasted moment on the album. Ticking it at 42 minutes - a perfect fit for the vinyl format - the album takes the listener through a whirlwind of thrash, death, black, and even heavy metal, fast and slow parts, and the trademark Execration shifts in mood, tempo, and atmosphere. As with the previous two albums, we wanted to capture the feel of a live performance, so all the basic tracks (drums, guitars, bass) were recorded live in our rehearsal studio in Oslo over the course of a weekend. Vocals, synths, and various effects where recorded the following weeks with assistance from Andreas Tylden (One Tail, One Head / Altaar). The album was then mixed and mastered by Tom Kvalsvoll of Kvalsonic Labs.

Thematically, the album takes off into outer space, the world of dreams, and philosophic musings on time and space. The album's seven songs and two instrumental tracks are permeated with the mysteries of the universe, both in lyrical content and concept, and in the music itself. This theme is further brought to life by the magnificent art of Zbigniew M. Bielak that adorns the front cover." 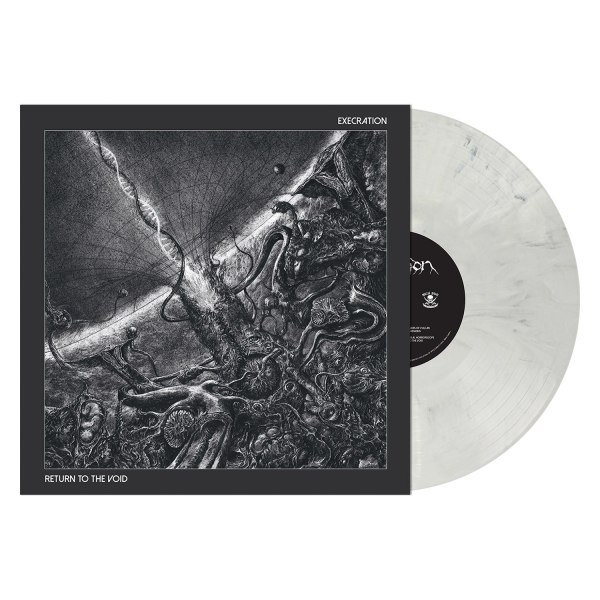