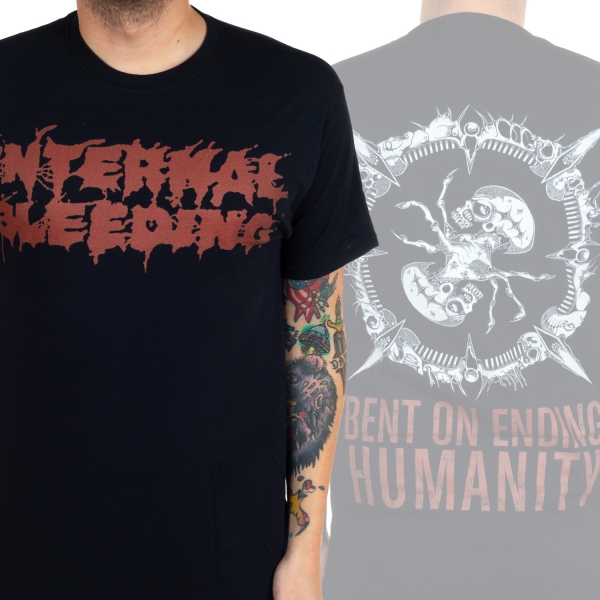 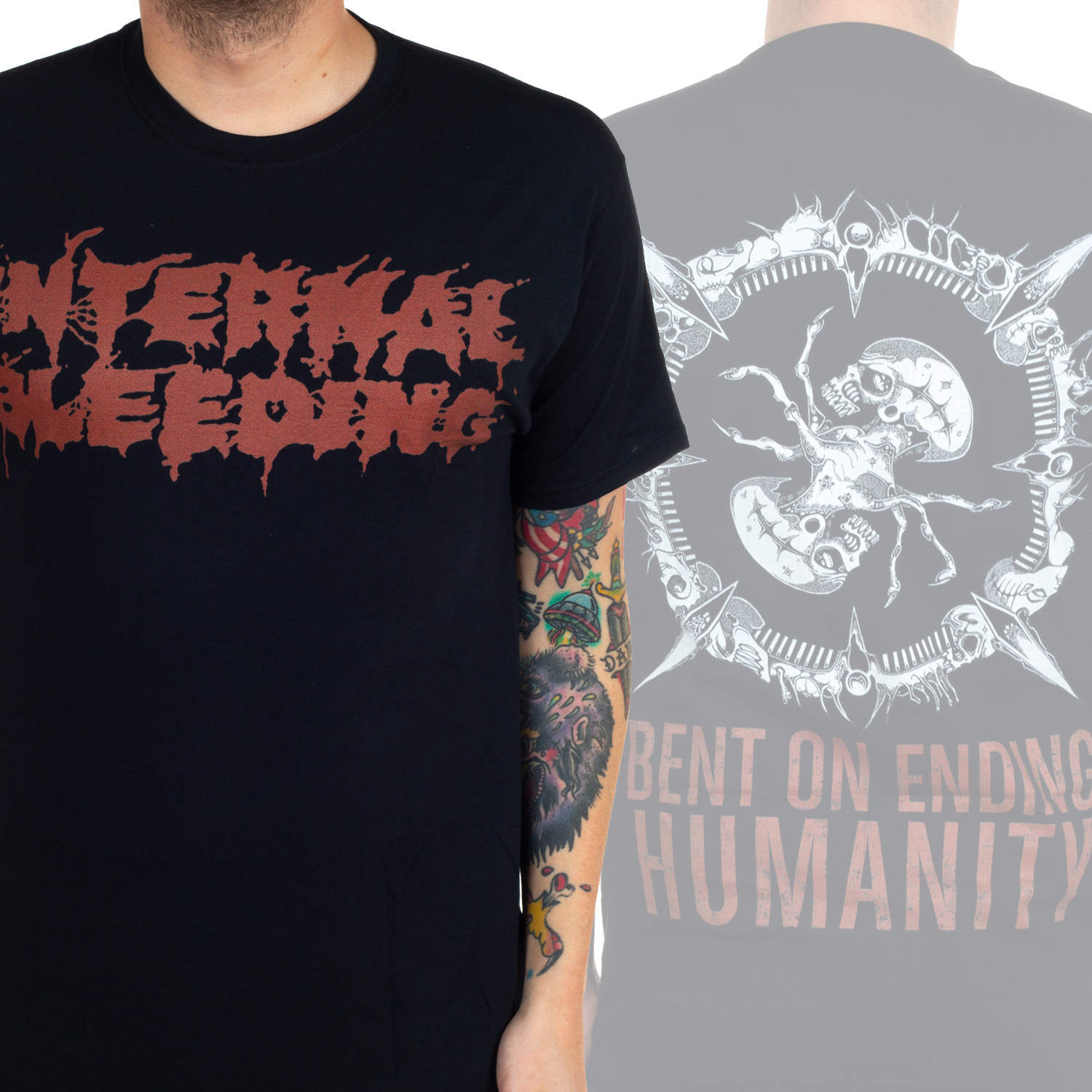 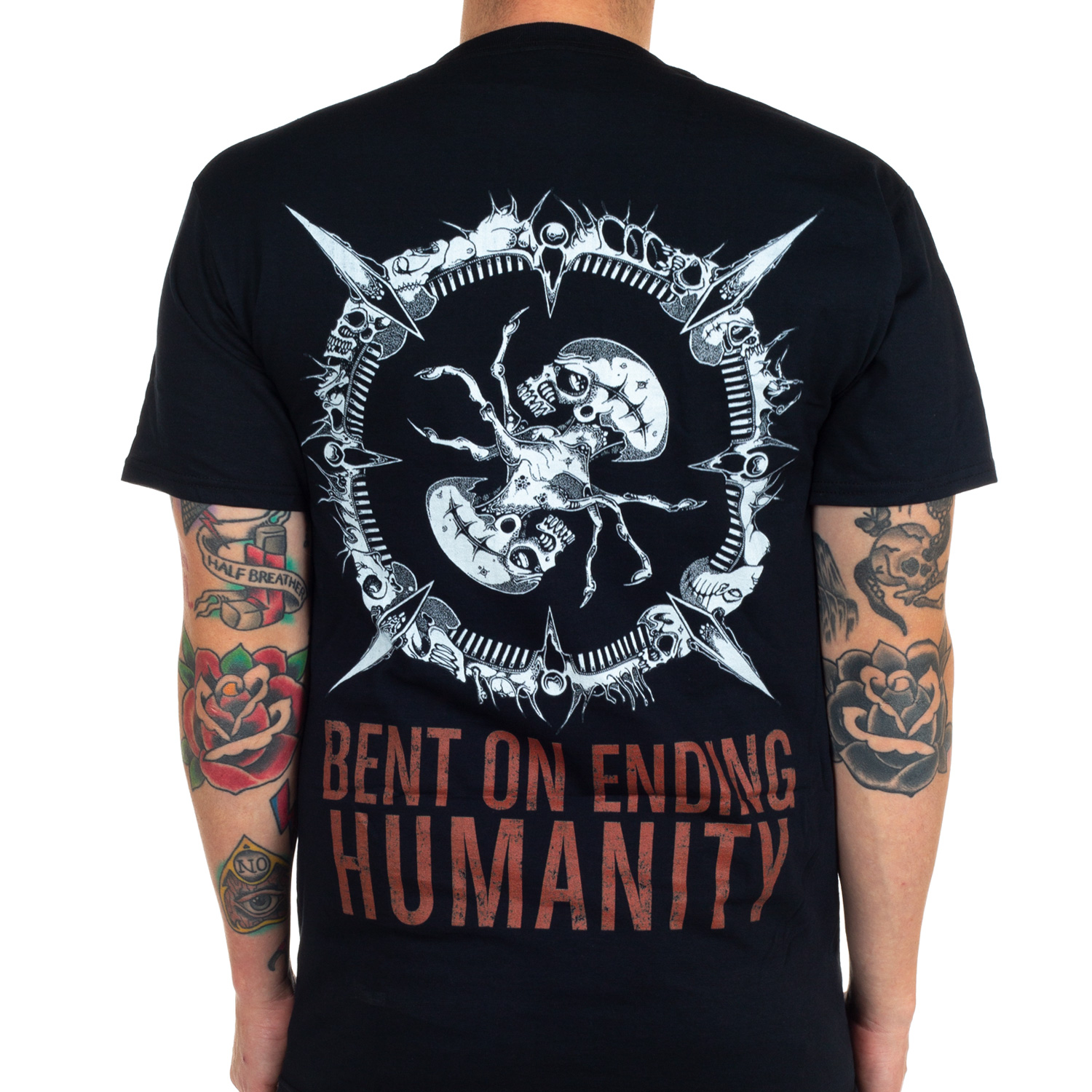 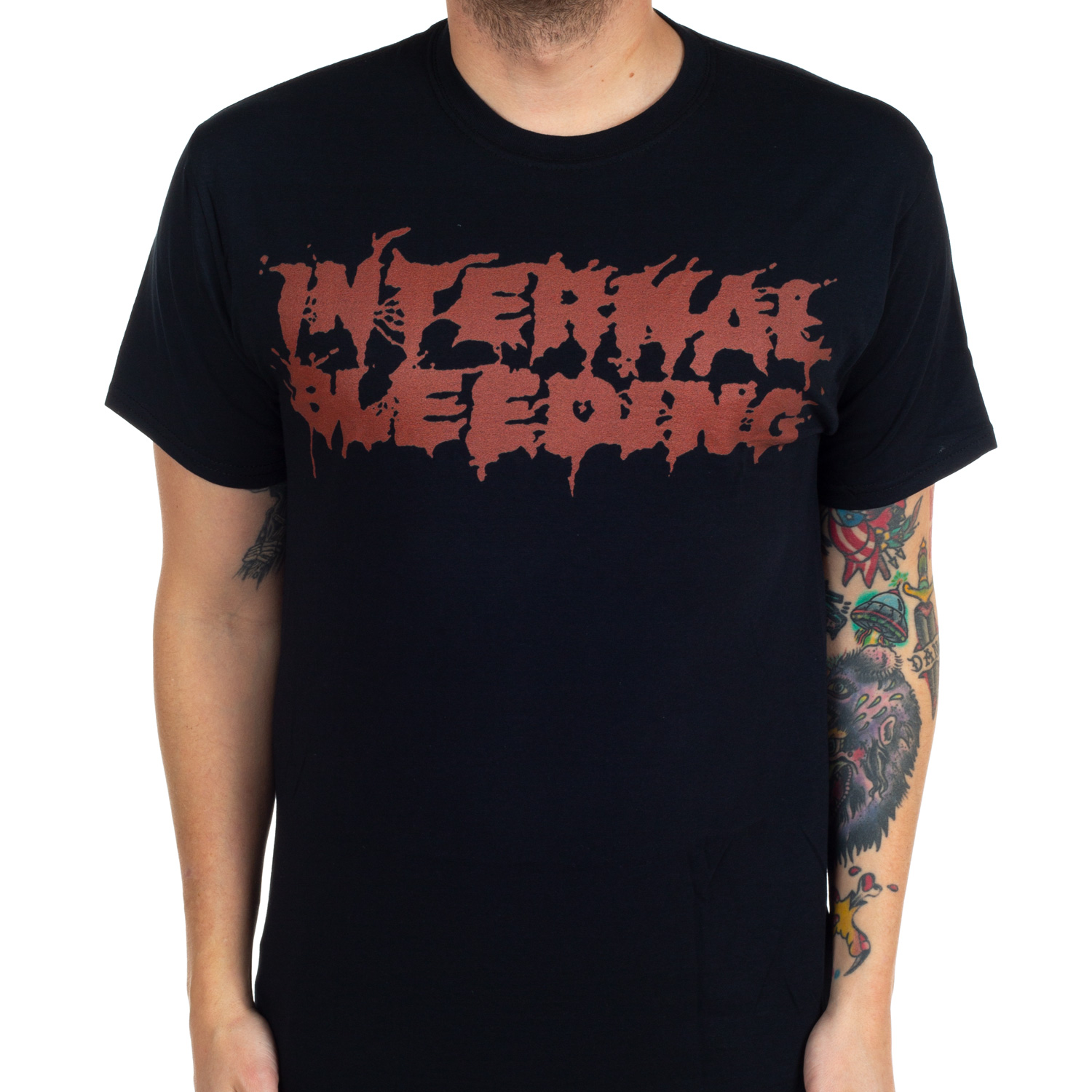 Announce your psychopathic intentions to the world with this killer t-shirt.
Features a large blood red Internal Bleeding logo frontside, and the band’s spiked
alien design on the back with the words ‘BENT ON ENDING HUMANITY’ below it. 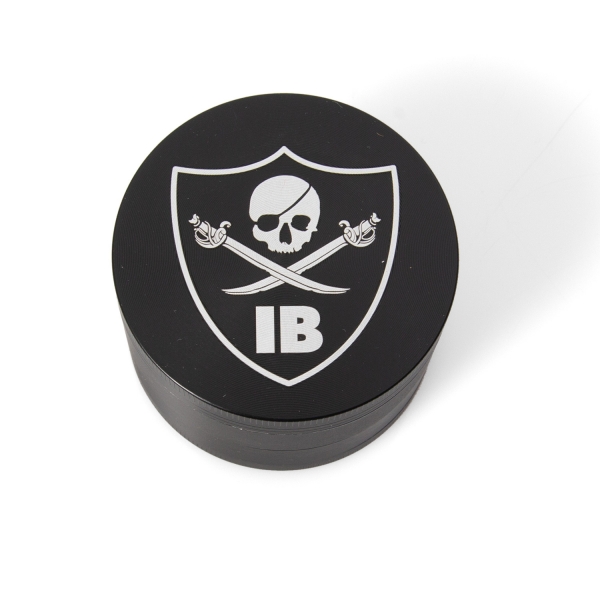 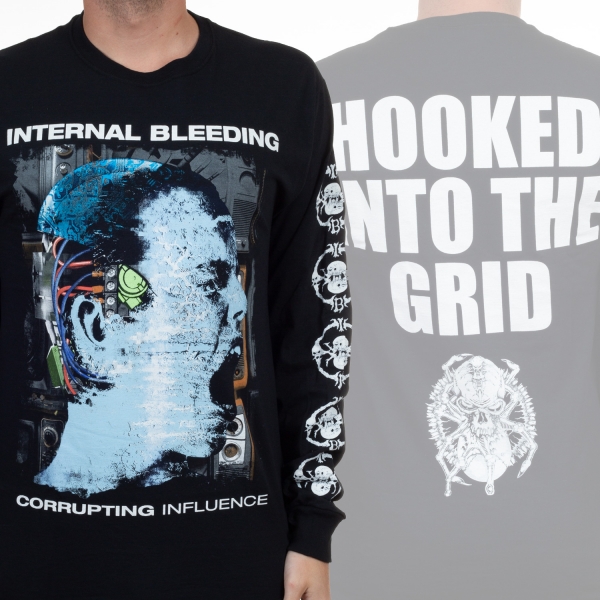 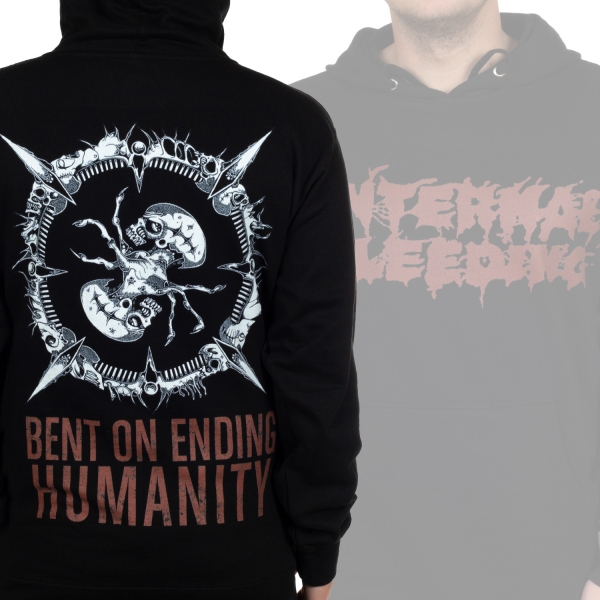 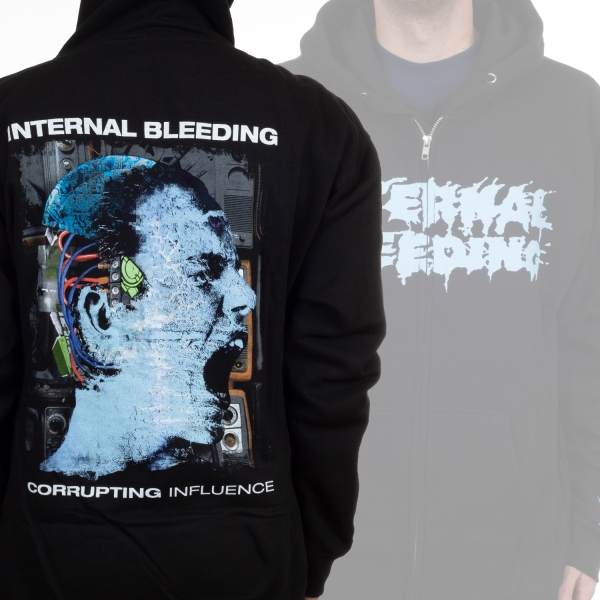