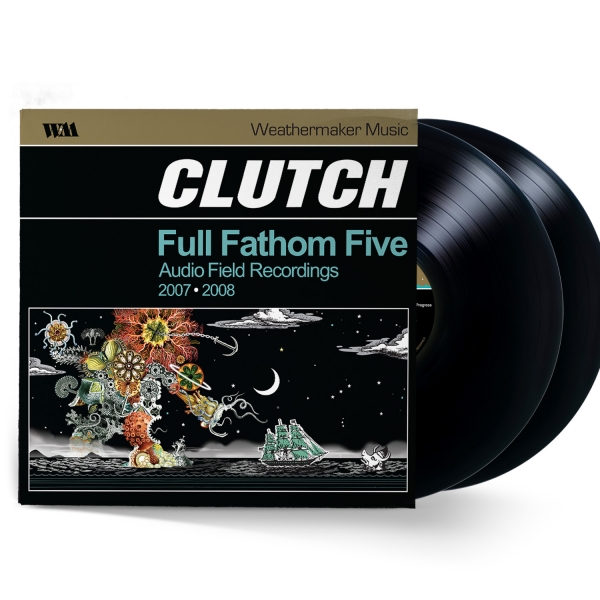 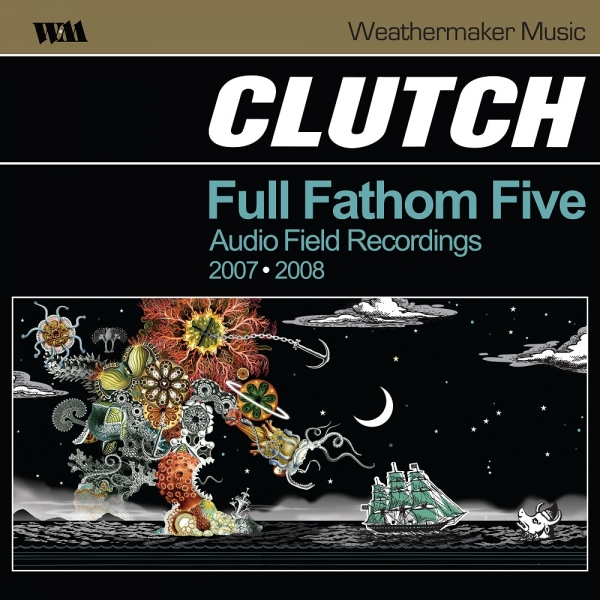 Full Fathom Five was Clutch’s first ever release on it’s their own label, Weathermaker Music.  Released in 2008, it was originally presented on CD (Audio Field Recordings) and DVD (Video Field Recordings). Now it is being released in a double vinyl gatefold format that includes unreleased bonus tracks from the same live shows that previously did not make the original release the first time around.

“The tracks on Full Fathom Five were recorded in the fall of 2007 and the spring of 2008 during Clutch’s From Beale Street to Oblivion tour” states frontman Neil Fallon. “These 19 tracks, recorded in Sydney, New Jersey, Colorado, and Pennsylvania, are typical of our set lists at that time. Naturally, there are a lot of tracks from FBSTO, but there are also tracks from Robot Hive / Exodus, Blast Tyrant, Elephant Riders, and the Self-Titled LP, Clutch. It’s a bit of a snapshot of where we were nearly ten years ago. Clutch has a reputation for being a relentless touring band. I suppose we are. But really, it’s the fans that pack clubs time and time again that make it all possible. We are stoked to have Full Fathom Five available now on vinyl.”