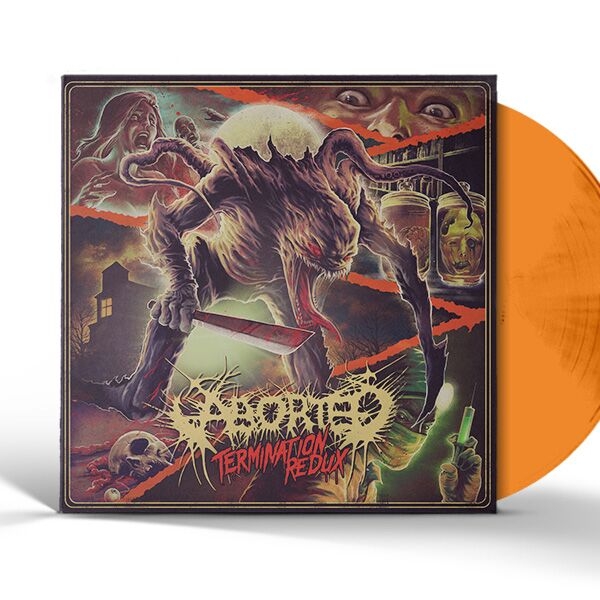 Termination Redux is the 20th anniversary EP for death metal butchers Aborted. Available on limited quantities on Vinyl only and Digitally, the EP contains 3 exclusive new tracks as a preview of the upcoming full-length record and a re-vamped, re-recorded song from their 2001 record Engineering The Dead. Artwork done by Coki Greenway portraying the band's further obsession with 80's Gore, Termination Redux is the next level in Aborted brutality.

This will be an incredibly limited edition pressing of only 300 Neon Orange pieces!