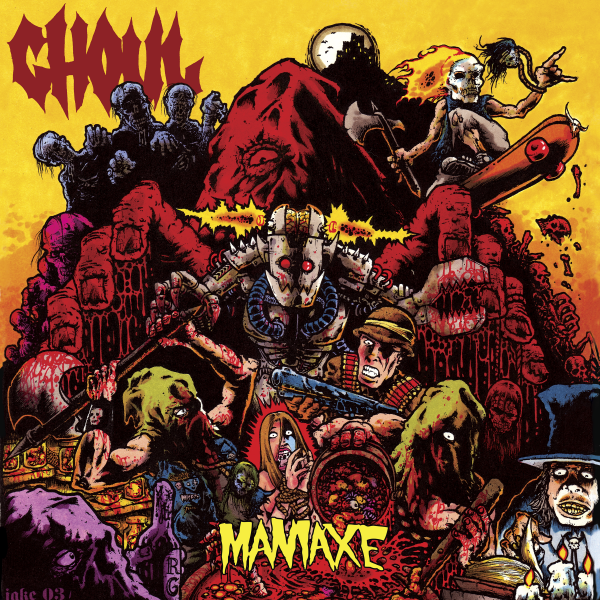 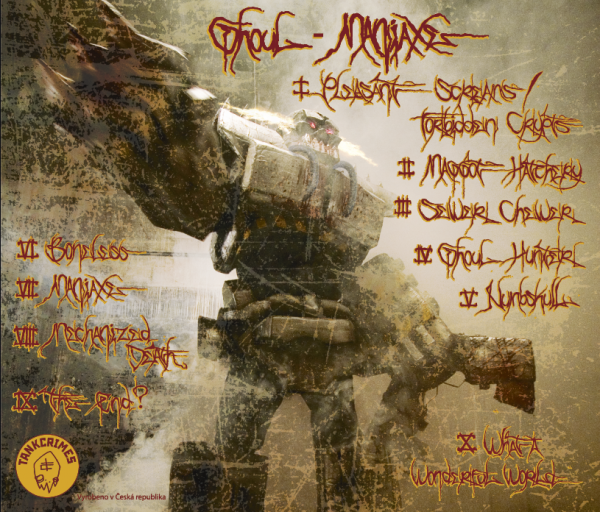 The second album by the infamous band of cannibalistic troglodytes known as Ghoul! Maniaxe continues their adventures in Creepsylvania, a country known for two things: unending poverty and relentless suffering.

Other things that Creepsylvania is less known for, but which appear on Maniaxe are: spooky castles! Careless flaunting of anti-skateboarding laws! Heavy metal riffs! Pounding drums! Lumbering robots programmed to murder! And a hunter on safari for the most dangerous prey of all: GHOUL!

Recorded by Andrew LaBarre, mixed by Digestor and Brad Kobylczak, and mastered by Dan Randall at Mammoth Sound. Cover art by Jason Karns of Fukitor fame!