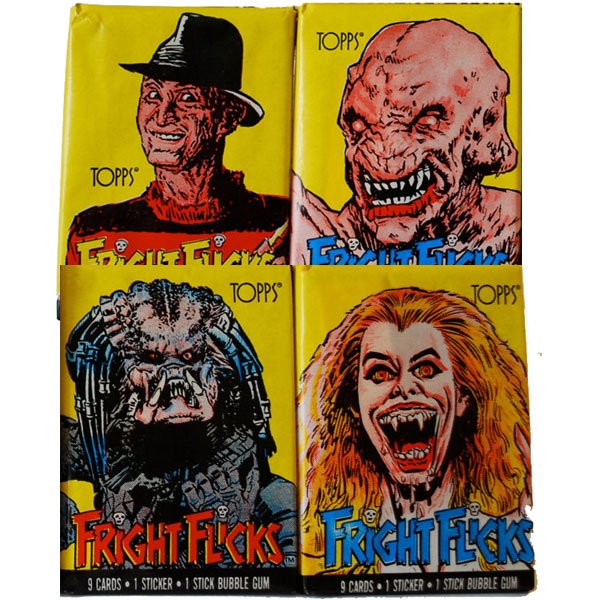 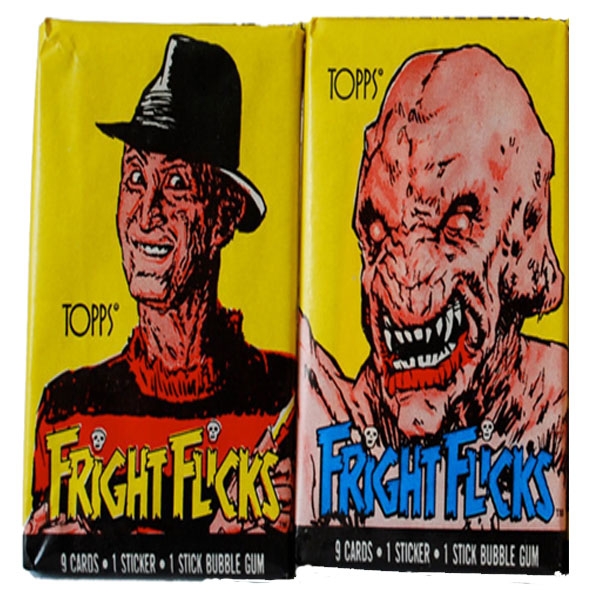 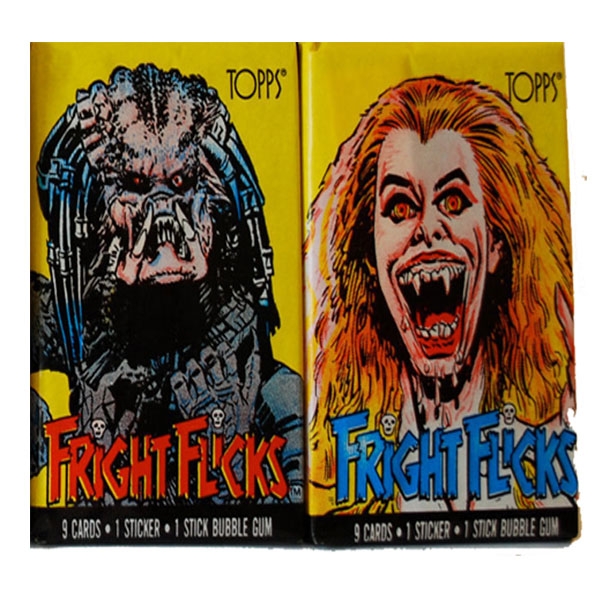 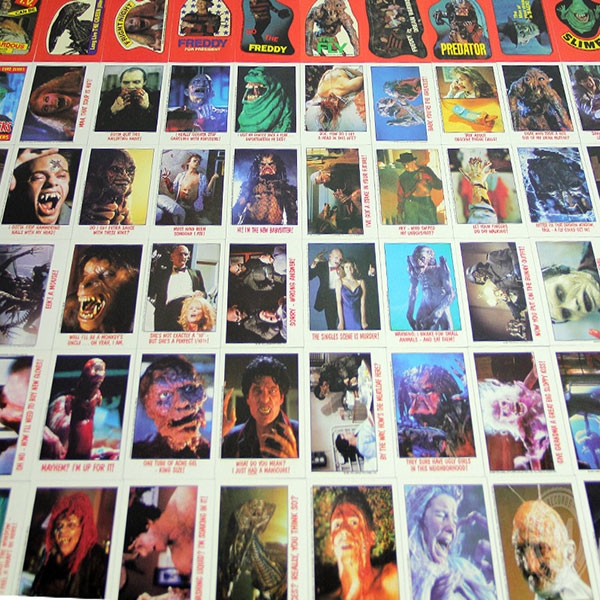 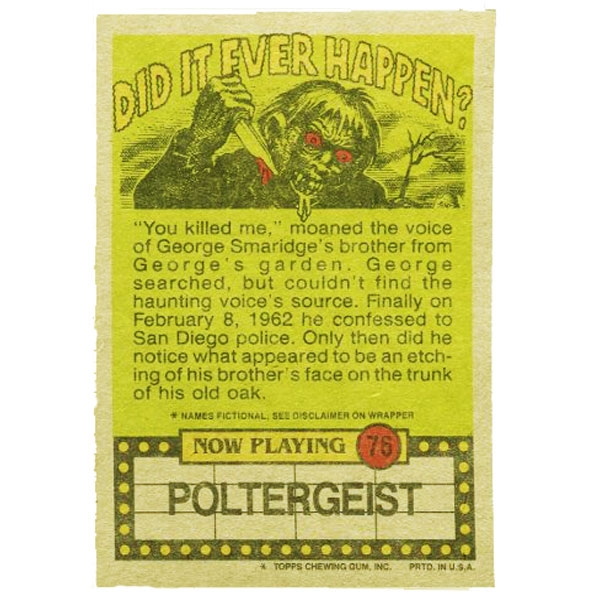 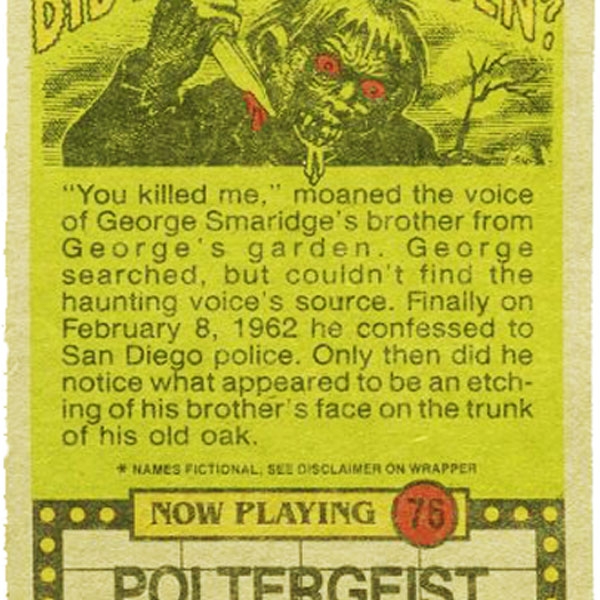 Each pack of cards contains 9 random cards, one sticker card and one very old and possibly toxic stick of gum. (PLEASE DO NOT EAT GUM - at the very least it's stale, at worst it could make you very ill. Cards shown in photo are just for visual reference - please do not request specific cards.)

Released in 1988 by the Topps trading card company to capitalize on the rising popularity of horror movies, this 101 card set was an instant hit with fans of the genre and continues to remain a popular collectible today. Featuring a mix of visuals from 15 horror films, it's unlikely that there will ever be another set quite like it. Mixing gore and comedy, it's the kind of set that delighted kids and made parents cringe. Fright Flicks makes horror fun. It doesn't hold back on the gore - there's plenty of it; but it balances it all with cheesy, groan-worthy captions. The result is the kind of set kids would hide in their drawers and sift through when they thought nobody was looking.

While the set is fun in its own right, the fact that it draws from so many films is a licensing feat that could not likely be duplicated today. It is currently the only set of mainstream trading cards to feature the original Ghostbusters, Predator and Poltergeist. The checklist is very heavy on the Nightmare on Elm Street franchise with several cards from each of the first three films. This shouldn't be a surprise given the popularity of Freddy Kreuger at the time of this set's release.

There were 90 base cards total in the set and 11 different sticker cards.

These card packs are still factory-sealed from 1988 so you never know which ones you'll get - so buy a few!