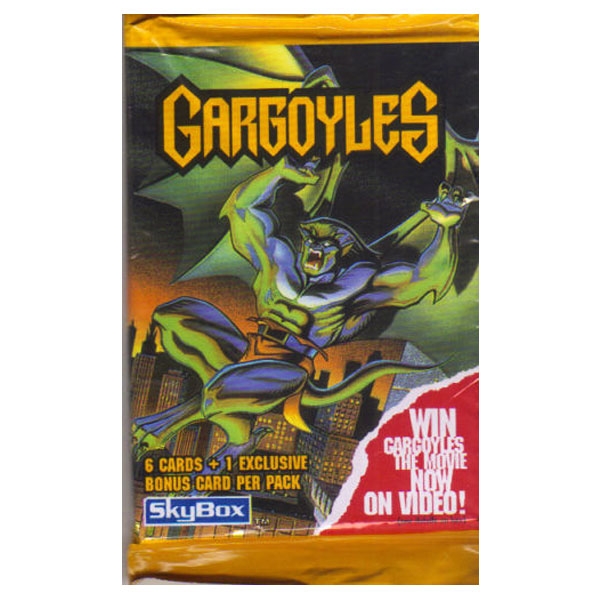 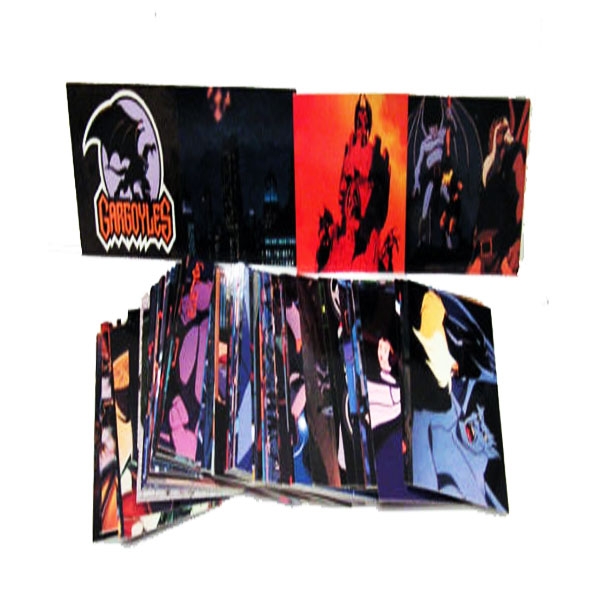 Each pack of cards contains 6 random cards and a bonus card. (Cards shown in photo are just for visual reference - please do not request specific cards.)

Gargoyles was a bit of an oddity when it first aired. While it was definitely an afternoon cartoon, it aimed for a somewhat older and more mature teen audience instead of the elementary school set. As such, it was much darker and adult-feeling than the average cartoon - and every story didn't have a happy ending. Terrific voice acting and a constantly evolving mythos helped push storylines that were quite compelling and the episodes themselves still hold up today. It's appeal was broad enough to drive comics series, a toy line and several other licensed properties - including two series of trading cards produced by SkyBox/Fleer.

Released in 1995 by the SkyBox International, this set features a mix of story cards, character cards, good vs. evil battle scene cards and statistics cards. All feature great artwork and stills from various episodes from the first season of the show.

There were 90 base cards total in the set, 10 pop-up cards and 4 double-sided Spectra chase cards.

These card packs are still factory-sealed from 1995 so you never know which ones you'll get - so buy a few!