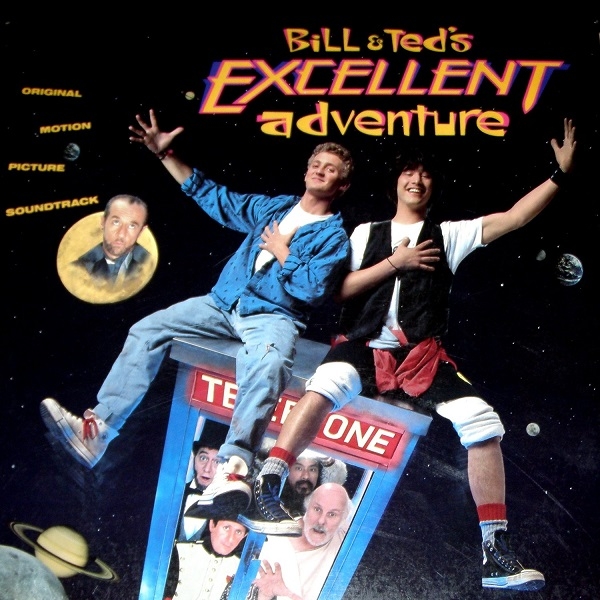 The 1989 A&M Records companion album to the movie about two time-traveling metalheads on a quest to pass their history final...you've probably seen it.

The soundtrack functioned more or less as a way for the record label to spotlight the new hard rock artists on their roster at the time, including a couple that had to be credited under pseudonyms as they were undergoing contract negotiations at the time.

02 - Vital Signs "The Boys and Girls Are Doing It"

10 - Power Tool (aka Nelson) "Two Heads Are Better Than One"