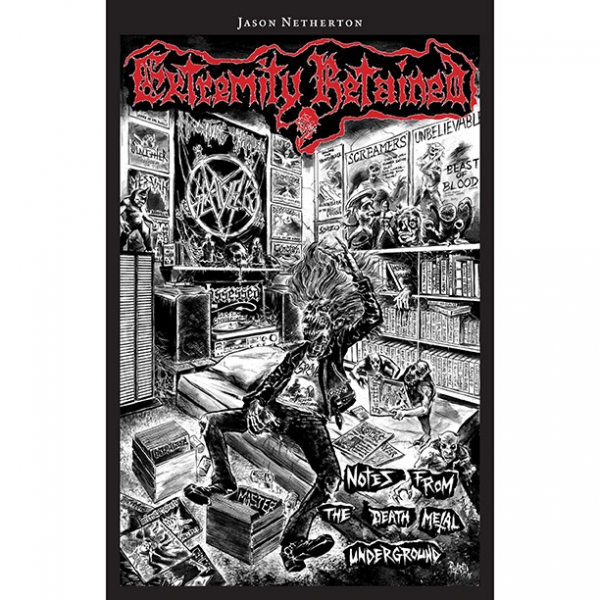 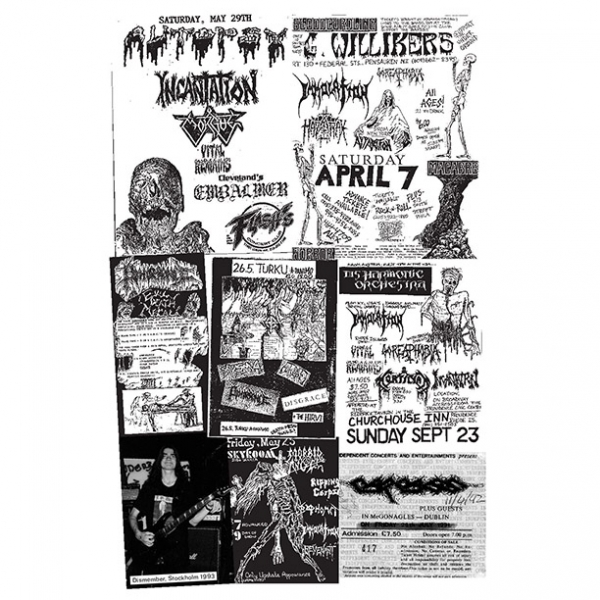 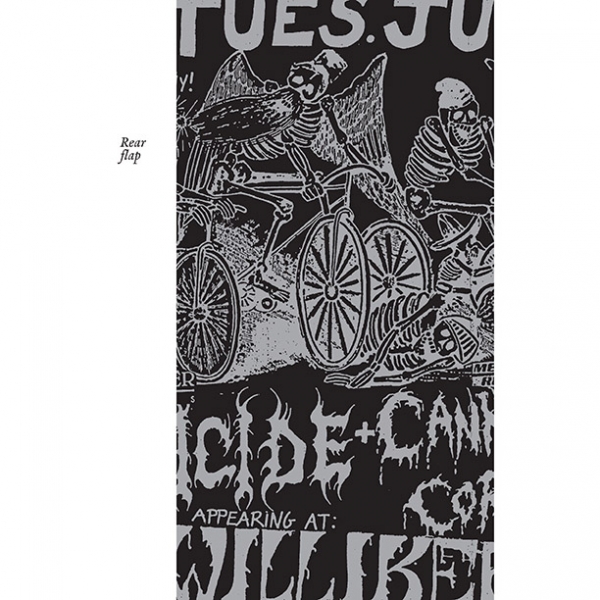 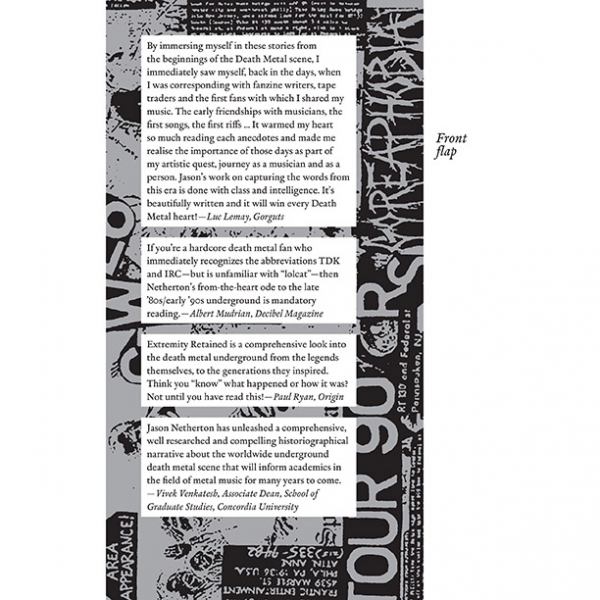 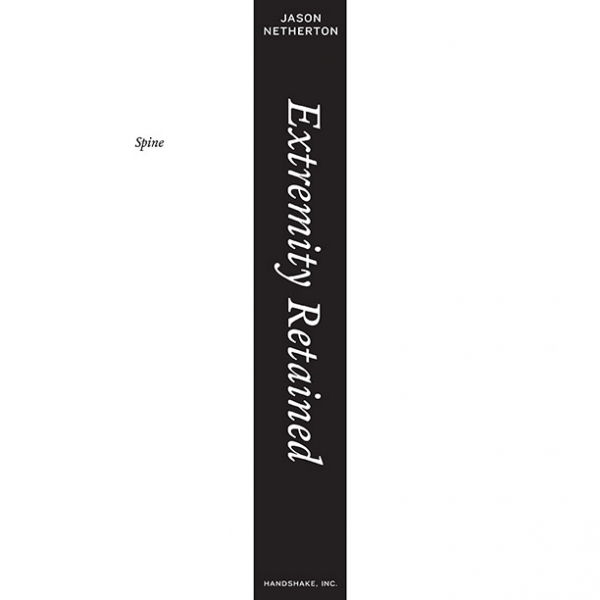 Extremity Retained: Notes From the Death Metal Underground is a sincere and exhaustive contribution to the oral history of death metal music and culture. The outcome of three years of research and interviews, Extremity Retained intends to capture the experience and ethos of the international death metal scene from its origins in the late 1980s, through the successive incarnations and evolutions that made it the subcultural force it is today. Comprised entirely of first-hand stories, anecdotes and memories, the book reflects on such diverse areas as the early fanzine and tape trading culture, regional scene reports, death metal performance and technique, the recording process, as well as life on tour, all in an effort to identify the vitality and unity that gives the underground its enduring spirit. Ultimately, the idea is to explore the scene through the voices of those who helped create it, in order to understand better how the death metal underground worked in its early incarnations, how it has evolved, and where it is going. Featuring original cover and section art by Matt Putrid Gore Carr, incidental art by Gary Ronaldson, with design and typography from Tilmann Benninghaus and title page by Timo Ketola.

RT @GRIMM_Gent: Read our full report of the 'Campaign For Musical Destruction' at Trix Antwerp. A perfect night for extreme music fans with…