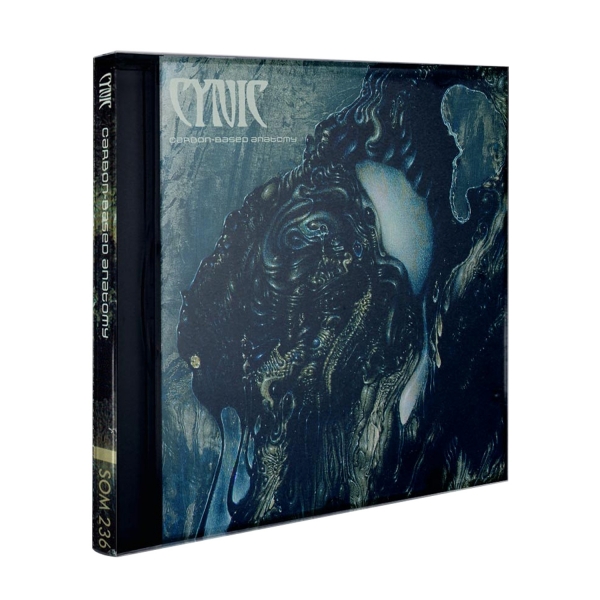 When CYNIC finally returned after 15 years of absence since the release of their legendary debut “Focus” (1993) with “Traced in Air” (2008) they did so with enormous success. Raving reviews and high sales catapulted the US band onto all major festivals and back to the forefront of progressive Metal music. Now CYNIC embark on a musical journey that will considerably widen their audience with “Carbon-Based Anatomy”. By moving carefully away from the Progressive Death Metal formula, which they helped to establish, the Americans create more open sounds that include 70s-inspired Prog Rock, Shoegaze, Tribal Folk and futuristic alien shapes. This development was heralded by the experimental EP “Re-Traced” (2010), which their huge fan-base eagerly adapted and praised. Primal and direct, haunting and hymnal, this is CYNIC's most immediate and urgent offering to date!