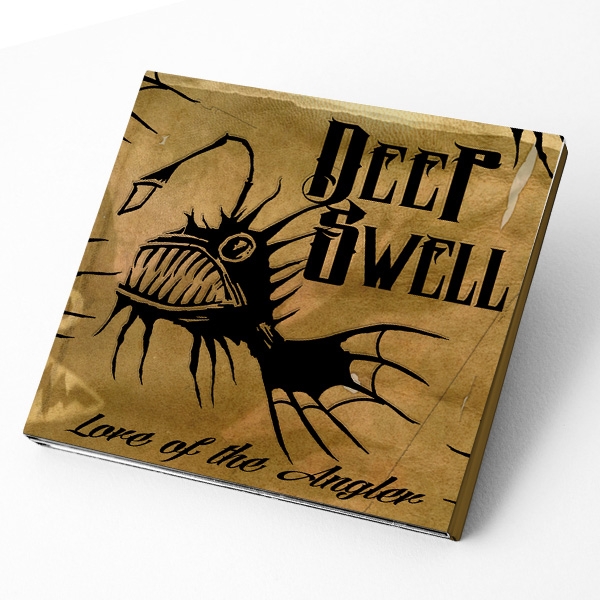 Tim Sult, (guitarist and founding member of Clutch), teamed up with a group of friends and like-minded musicians to collaborate on this project.

Deep Swell is a true rock band rising from the banks of the Potomac River near the historic town of Shepherdstown, WV. Now with their sound crafted, their first album "Lore of the Angler" is set to be released on Weathermaker Music.

With a powerful female lead vocalist and precise rhythmic force, their sound is a mix of riff-based rock, funk-tinged psychedelia and mysterious, poectic lyrics.

Years of friendship and mutual appreciation for each other's talents brought Tim Sult into collaboration with drummer Jesse Shultzaberger and bassist Logan Kilmer. Shultzaberger is a versatile drummer who currently tours with the Americana band, The Woodshedders. Kilmer, who honed his technique and methods with Noetic Pull, plays five-string with a smooth, funky bass style to the depth of which helped spawn the band's name.

At the beginning of 2012, the group met Briena Pearl and invited her to join the trio. Pearl, (a lifelong student of voice, theater and dance), quickly proved the sheer force of her talent as a singer and songwriter, thus establishing an instant chemistry with the band and a clear direction for their emerging sound. With this final addition in place, Deep Swell's dynamic sound was forged.

In February 2013, the band recorded "Lore of the Angler" at Maggie Cage Recording Studio in Baltimore, MD. The album was engineered by J. Robbins and mastered by Dan Coutant at Sunroom Audio.

The current is pulling hard and for Deep Swell the tale is just beginning.