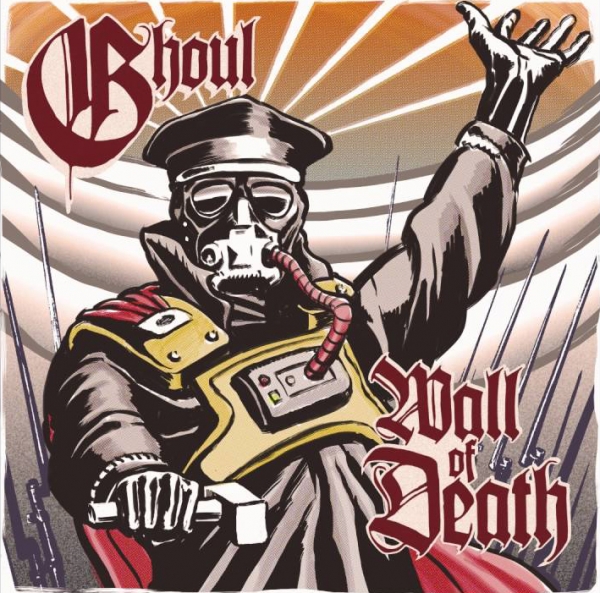 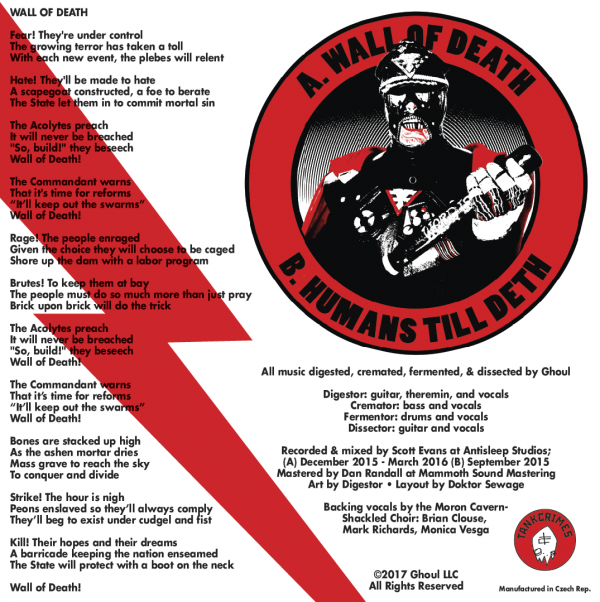 Ghoul goes up against the Wall of Death in this thrashing and surf-rocking 7"!

First released as part of the Decibel Flexi series, the tune on side A sets the stage for their album Dungeon Bastards, in a prequel that would make Jar Jar Binks crap his CGI shorts. No slouch on the B side, their second tune brings blood back to the beach! It's a remixed version of a mostly instrumental tune originally included as the soundtrack for the rip-roaring Image Comics periodical, The Humans, by Tom Neely and Keenan Marshall Keller!

Recorded by Scott Evans at Antisleep Studios and mastered by Dan Randall at Mammoth Sound. Cover art by Digestor of Ghoul!

Side B
1. Humans Till Death