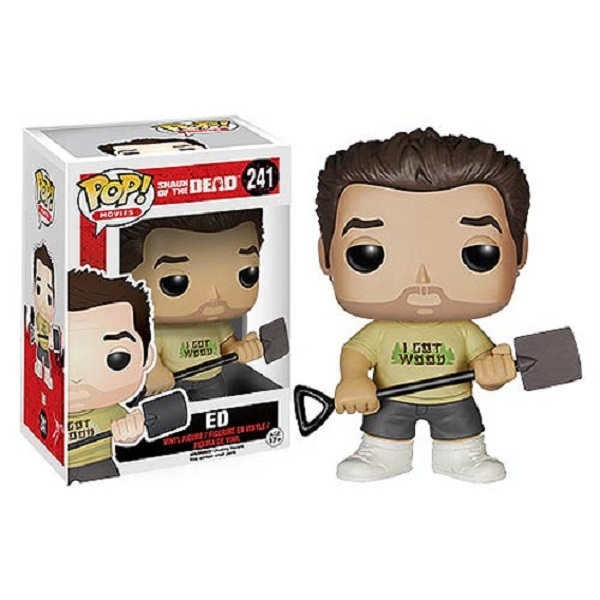 Shaun of the Dead was responsible for reviving the horror-comedy in the early 2000's and still stands as one of the best examples of the genre, ever.

As we all know, Ed just wanted to sell some weed, hang out on the couch playing Timesplitters 2 and maybe catch a pint at the Winchester with his best mate, Shaun. As we also all know, he ended up turning into a zombie and living in Shaun's shed.

This stylized Pop! Vinyl figure stands 3 3/4-inches tall and captures pre-zombie Ed, (as played by Nick Frost), in all his "I Got Wood" shirt-wearing glory.